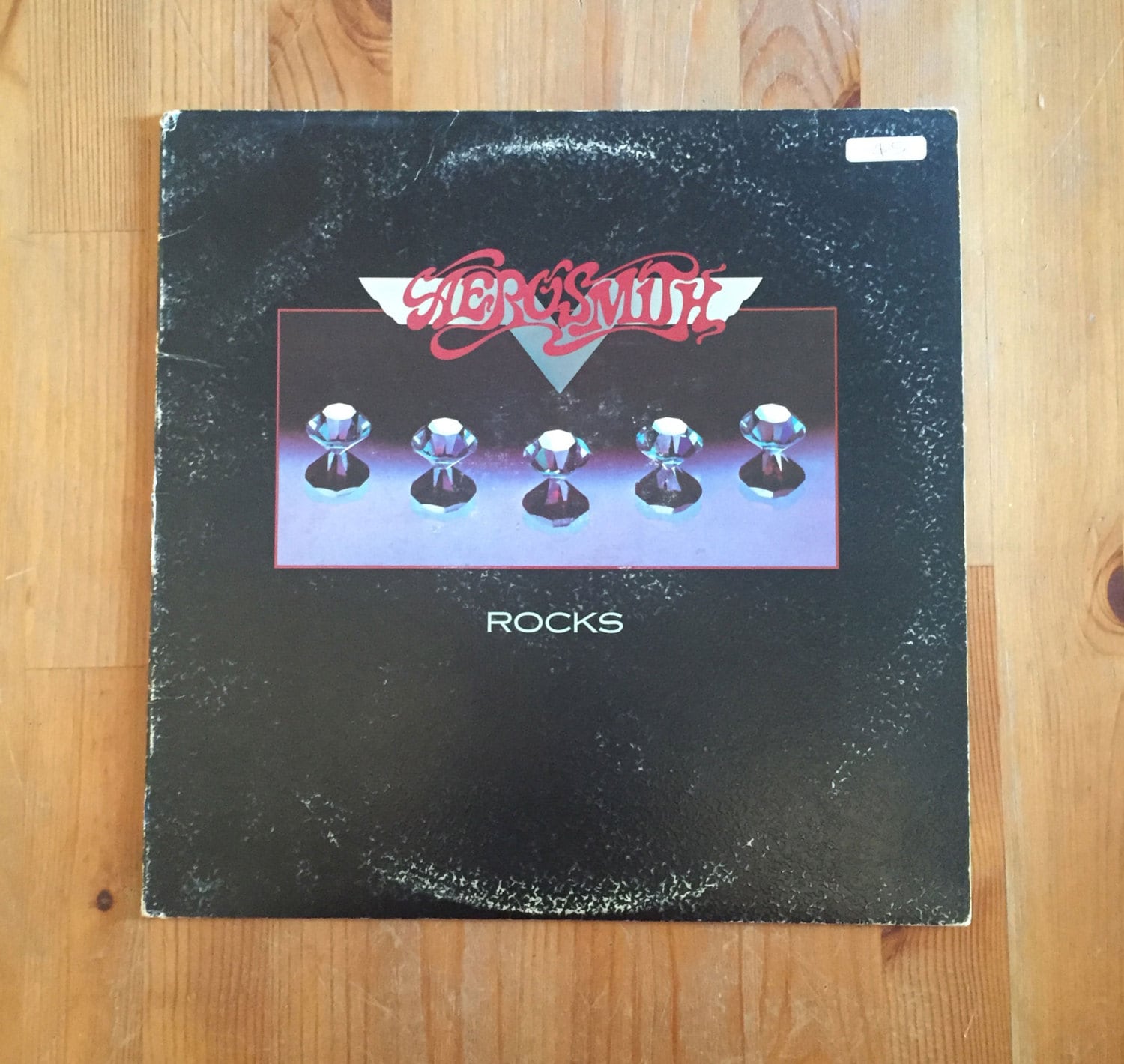 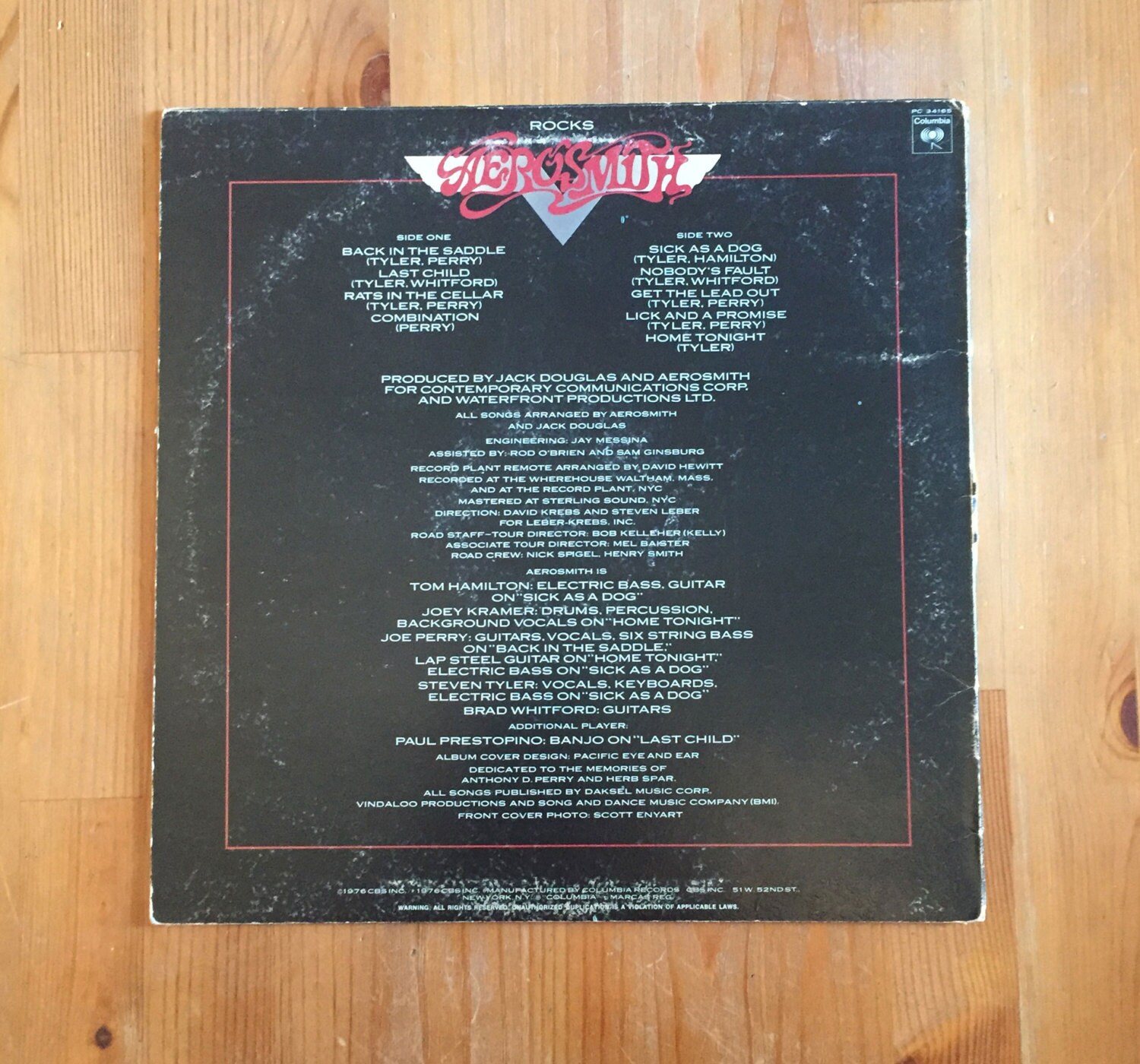 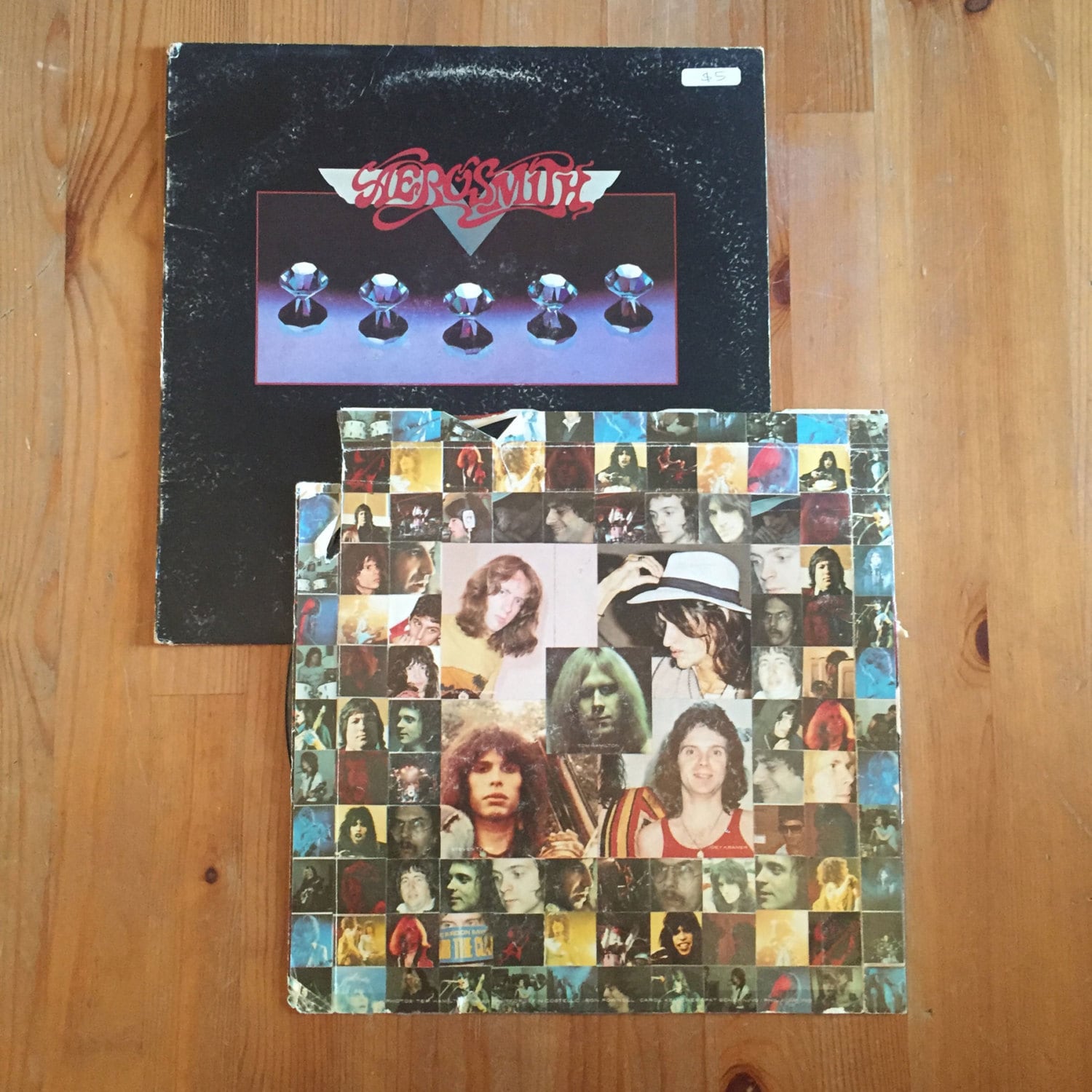 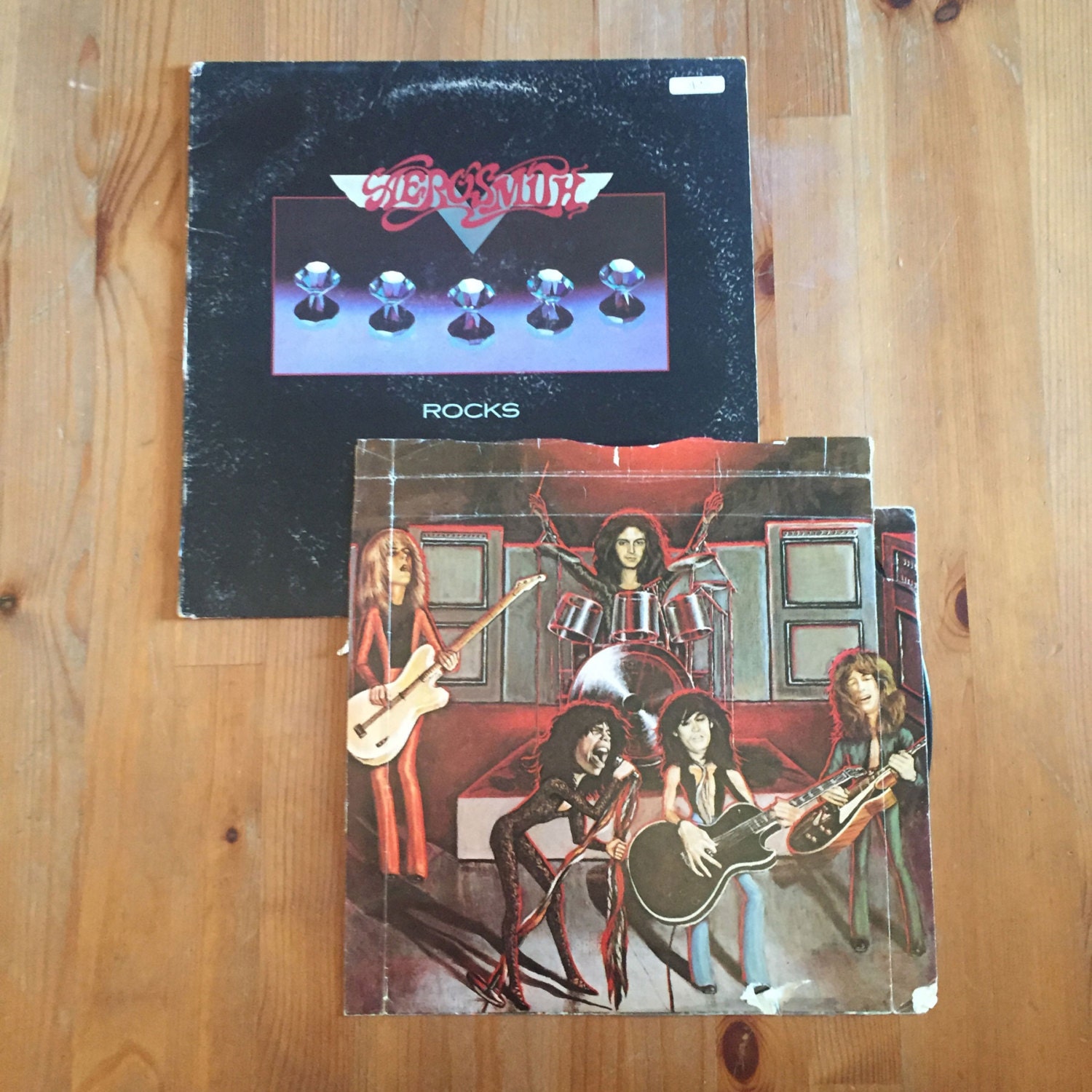 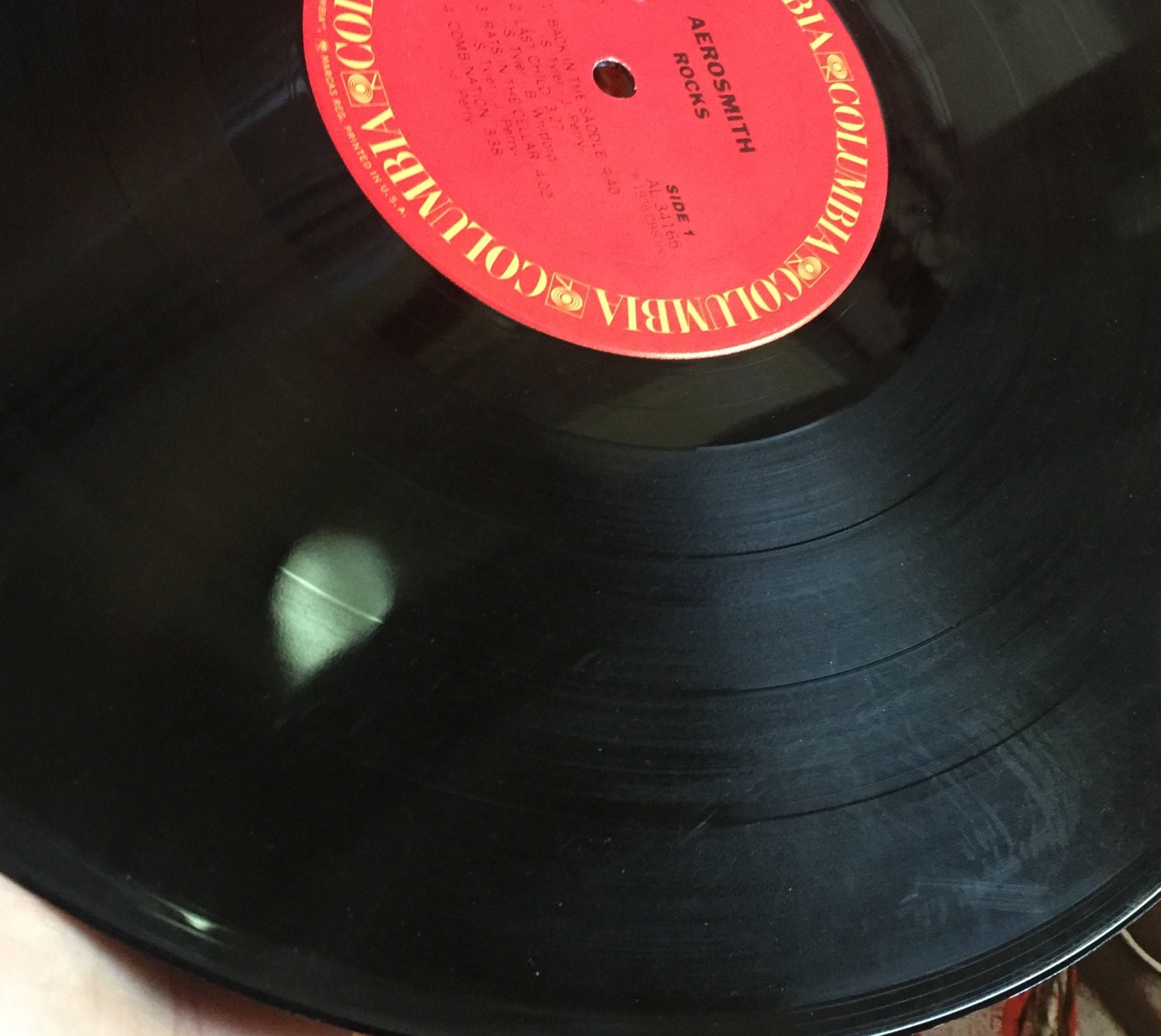 ABOUT THE RECORD
Rocks is the fourth studio album by American rock band Aerosmith, released on May 3, 1976. AllMusic described Rocks as having "captured Aerosmith at their most raw and rocking". Rocks was ranked #176 on Rolling Stone's list of the 500 Greatest Albums of All Time. It has greatly influenced many hard rock and heavy metal artists, including Guns N' Roses and Metallica. The album was a commercial success, charting three singles on the Billboard Hot 100, two of which reached the Top 40 ("Back in the Saddle" and "Last Child"). The album was one of the first albums to ship platinum when it was released. The album has since gone quadruple platinum.

CONDITION
Picture & lyrics inner sleeve is in good condition, cover has some ring wear and corner wear and light staining. Light damage as well to cover. Note there are some surface scuff / scratch marks on the actual record: I have played this record years ago and do not recall the record skipping; that was years before the record was put into storage.
Please note that the cover may have some wear that is not highlighted in the description.
Please check the pictures carefully for edges, corners, ring wear, tears or anything else that might be of concern to you.
We don't CLEAN or PLAY the Records before listing them, Grading is done on a visual level only if at all, I am not comfortable putting a grade on, as it is ALWAYS subject to personal interpretation.