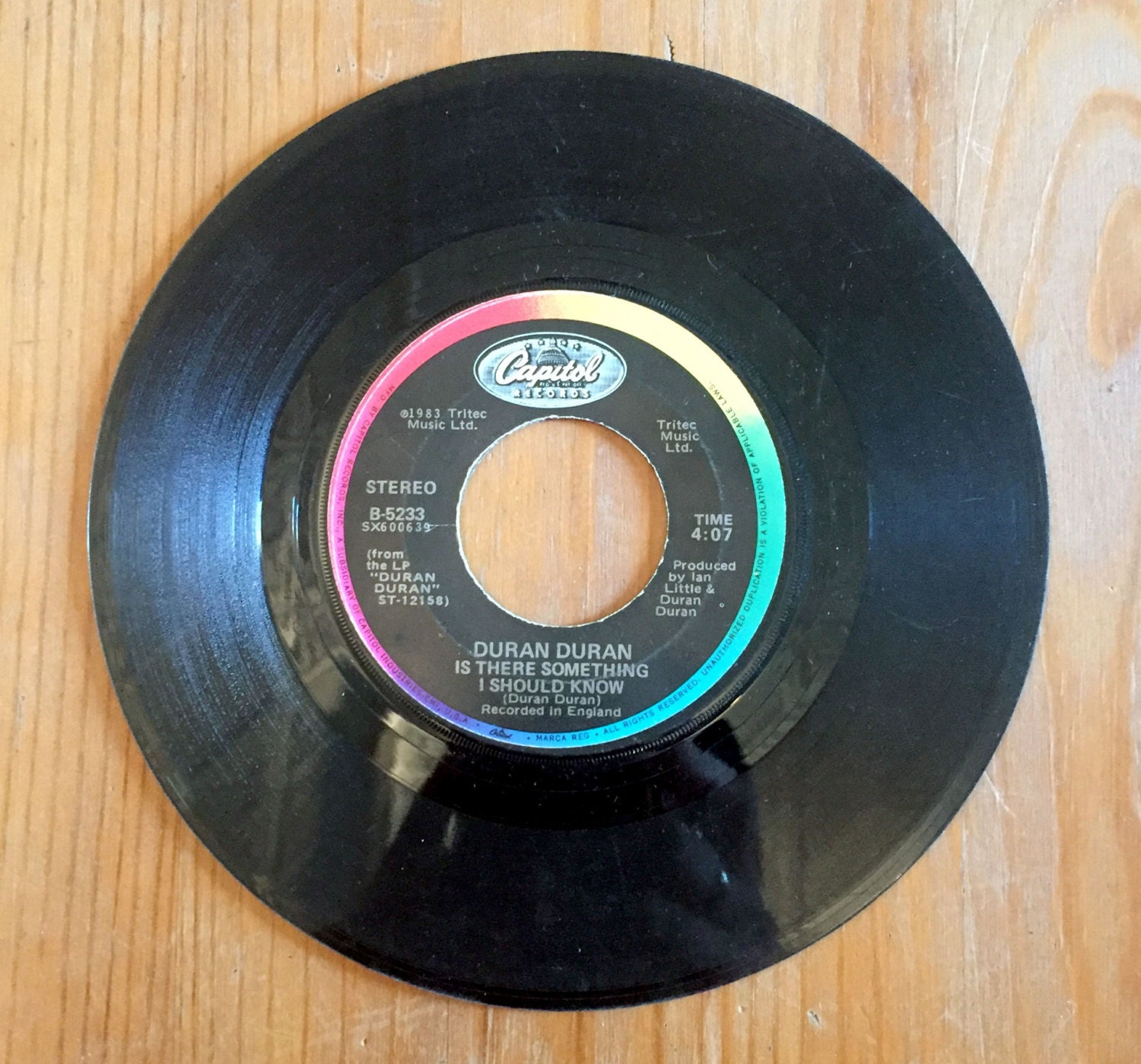 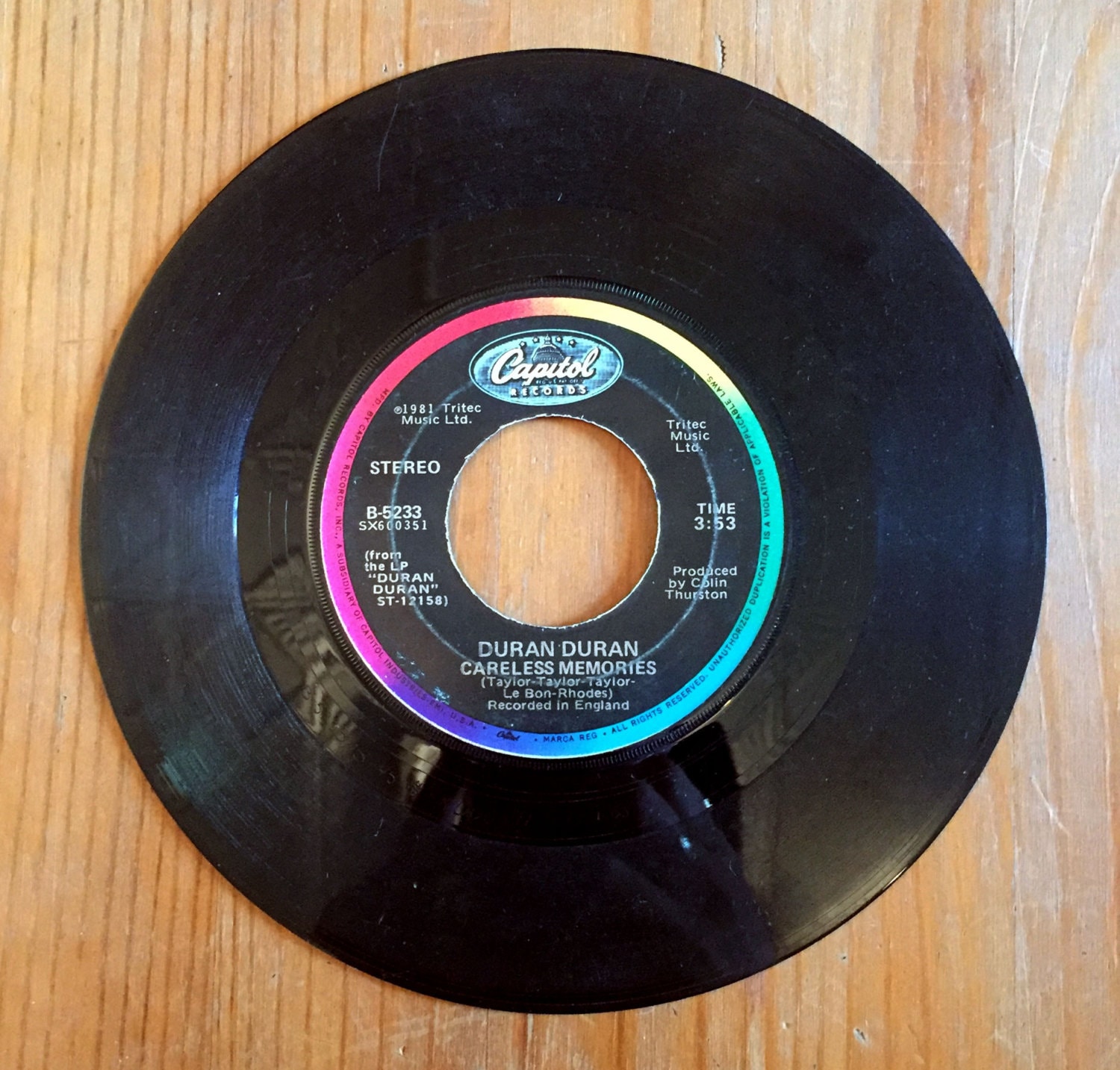 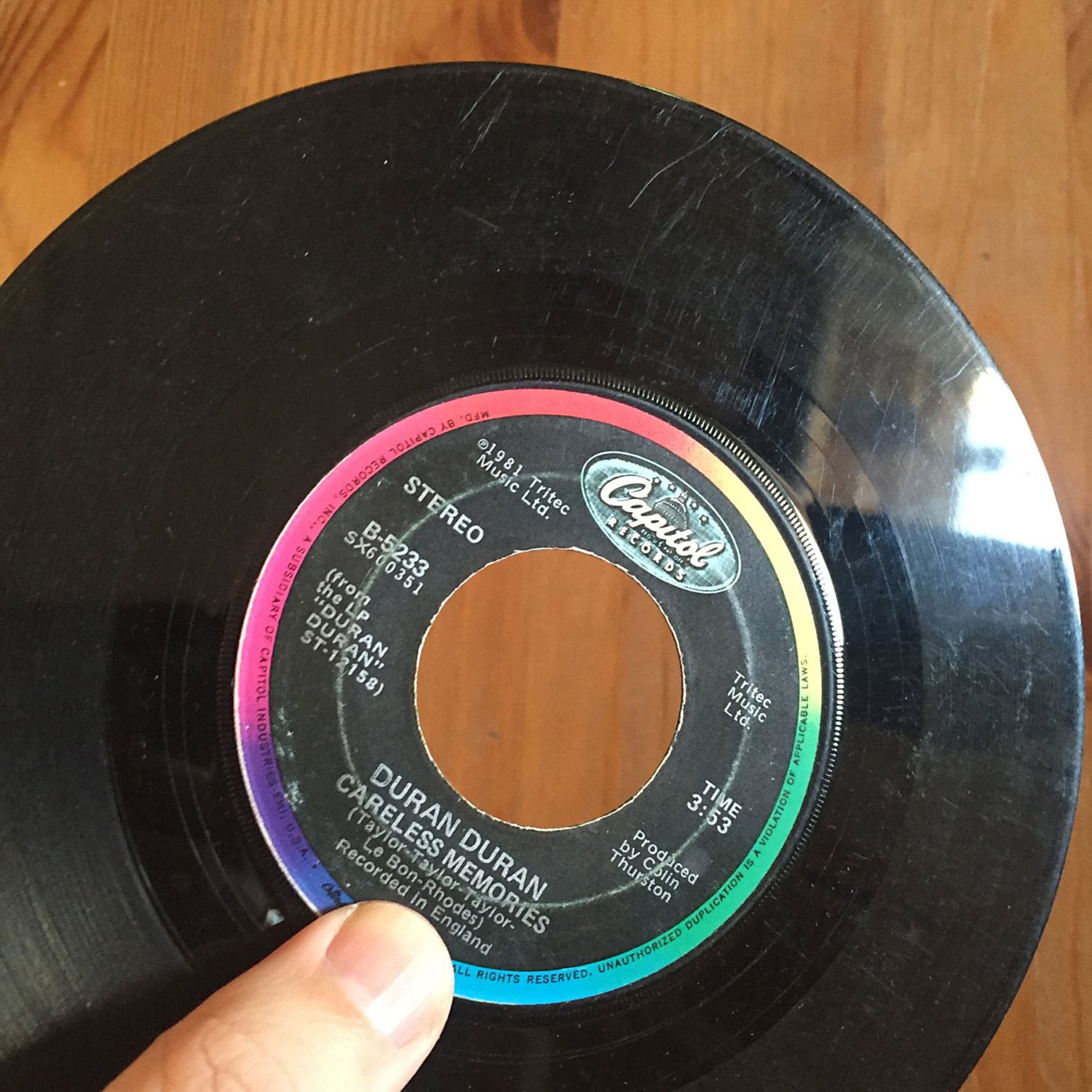 "Is There Something I Should Know?" is the eighth single by British rock band Duran Duran, released on 19 March 1983. The song was released as a stand-alone single and became the band's first UK number one record. It debuted in the number one position on the UK Singles Chart on 26 March 1983. The single also had great success in America, where it was released in late May: The song debuted on the charts on 4 June at #57, and it reached number four on the US Billboard Hot 100 on 6 August 1983 and sold more than a million copies.

CONDITION
Stand-alone 7" single: no sleeve or cover. There are some surface scuff / scratch marks on the actual record: I have played this record years ago and do not recall the record skipping; that was years before the record was put into storage.

Overall I'd give it a C– due to scratches / scuffs