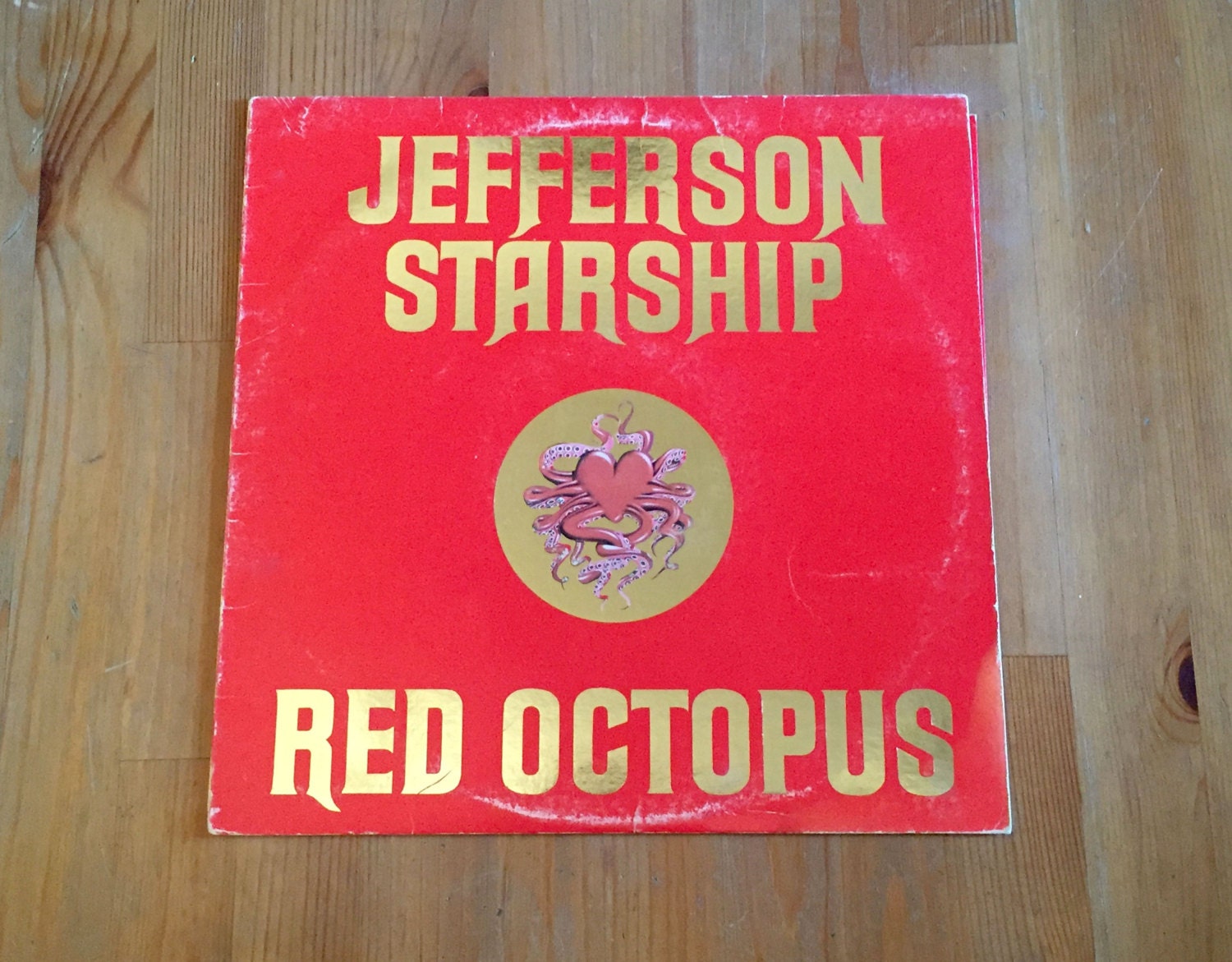 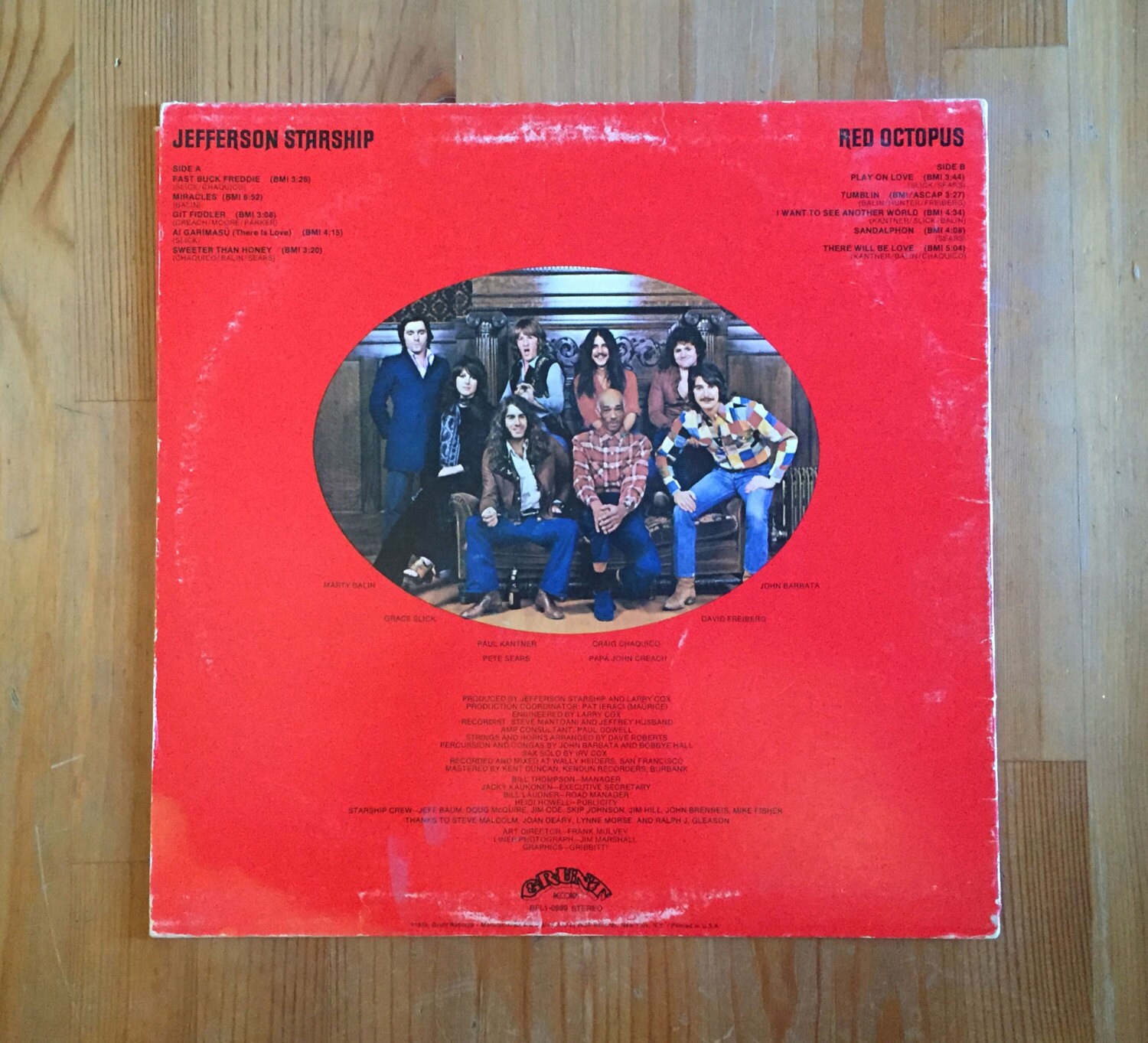 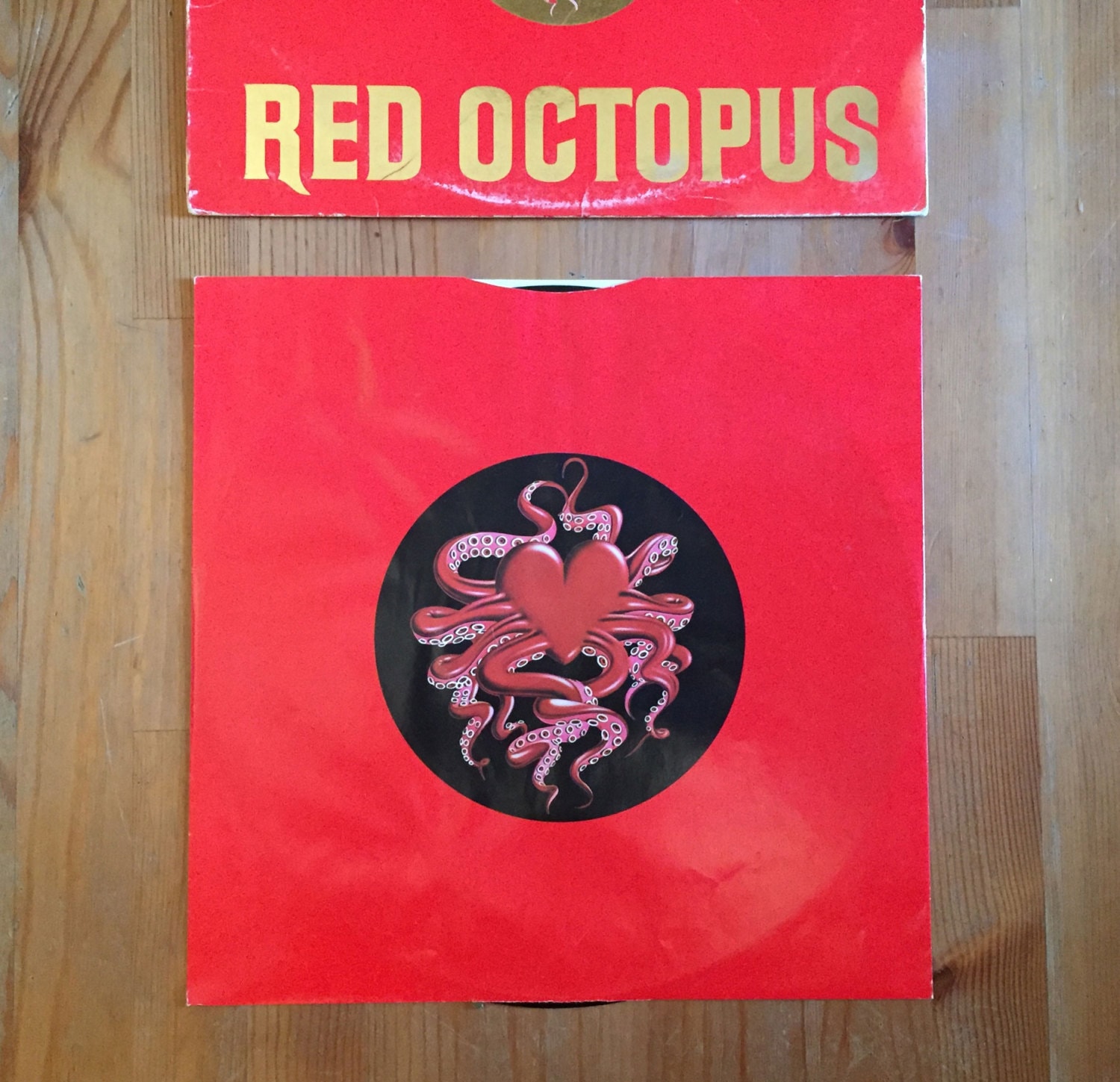 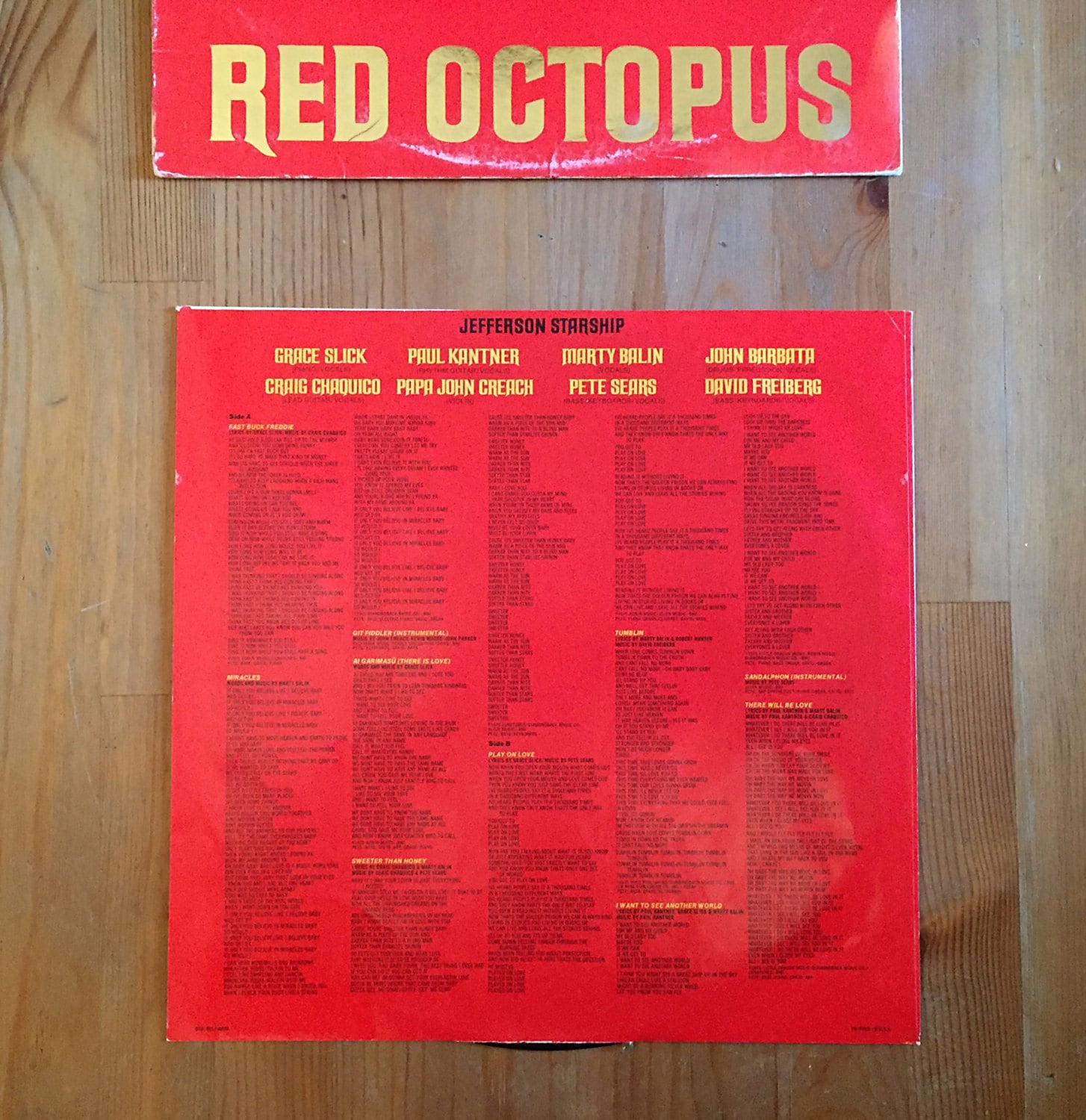 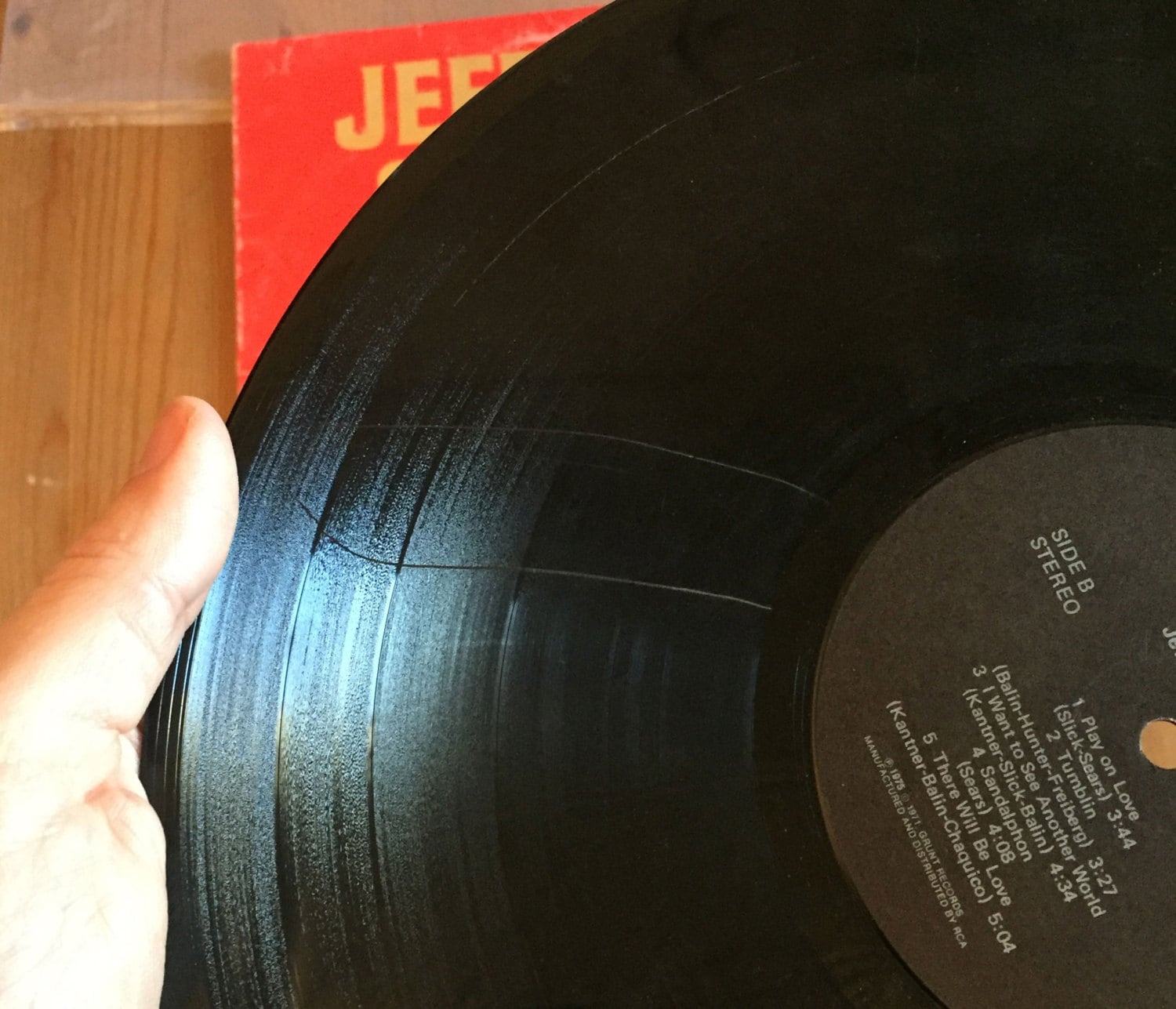 ABOUT THE RECORD
Red Octopus is a 1975 album by Jefferson Starship. It was the best-selling album by any incarnation of Jefferson Airplane and its spin-off groups, and the single "Miracles" hit #3 on the Billboard chart, being the highest-charting single the band had until that point. This album was mixed and released in both stereo and quadraphonic. The album itself reached #1 on the Billboard 200.
Marty Balin, the founder of Jefferson Airplane, returned as a fully integrated member and either wrote or co-wrote five of the ten tracks, including the hit "Miracles"

CONDITION
Picture & lyrics inner sleeve look good, vinyl is clean, cover has some ring wear and corner wear. Note there are some surface scuff / scratch marks on the actual record: I have played this record years ago and do not recall the record skipping; that was years before the record was put into storage.
Please note that the cover may have some wear that is not highlighted in the description.
Please check the pictures carefully for edges, corners, ring wear, tears or anything else that might be of concern to you.
We don't CLEAN or PLAY the Records before listing them, Grading is done on a visual level only if at all, I am not comfortable putting a grade on, as it is ALWAYS subject to personal interpretation.

Overall I'd give it a C–