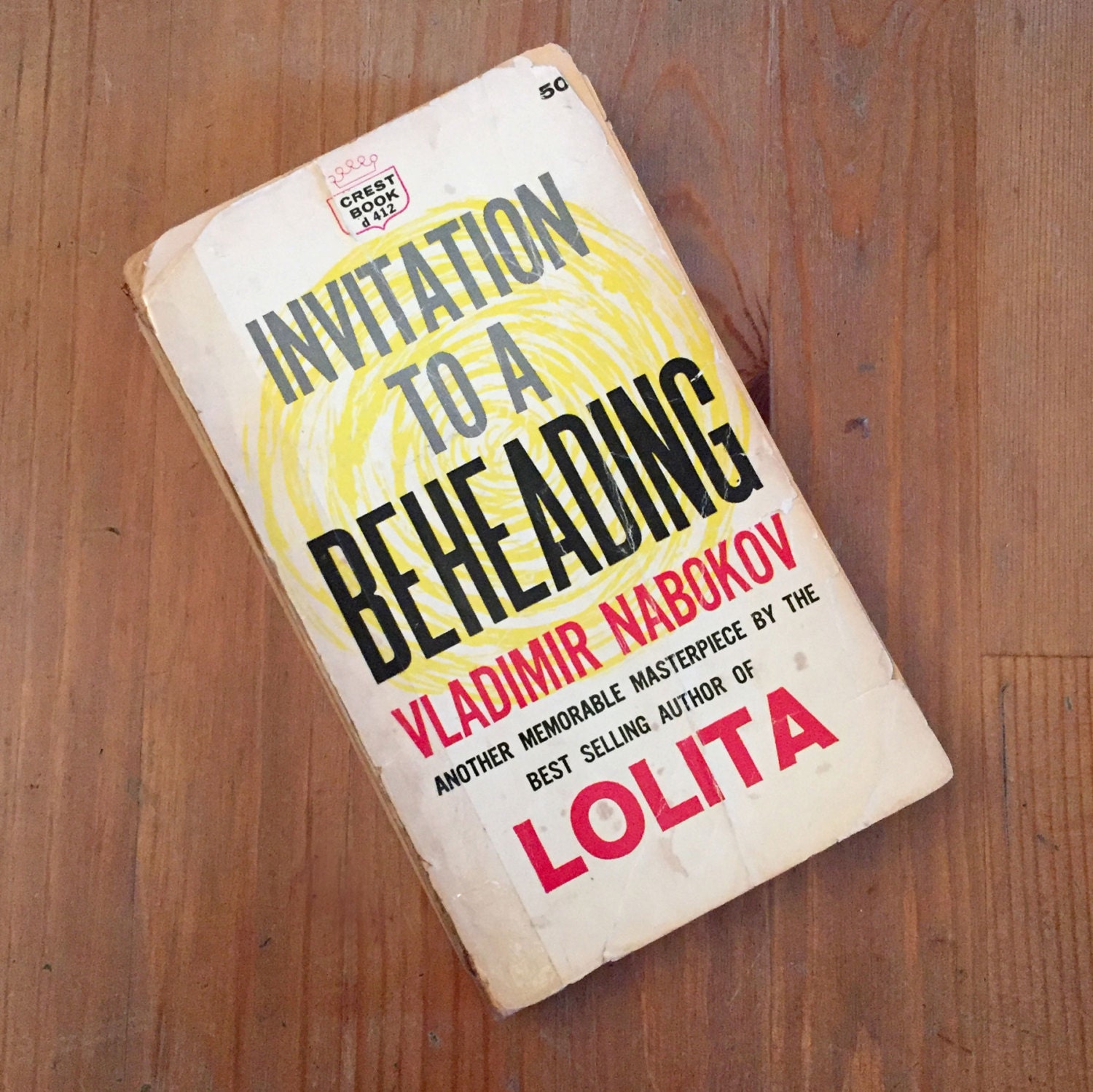 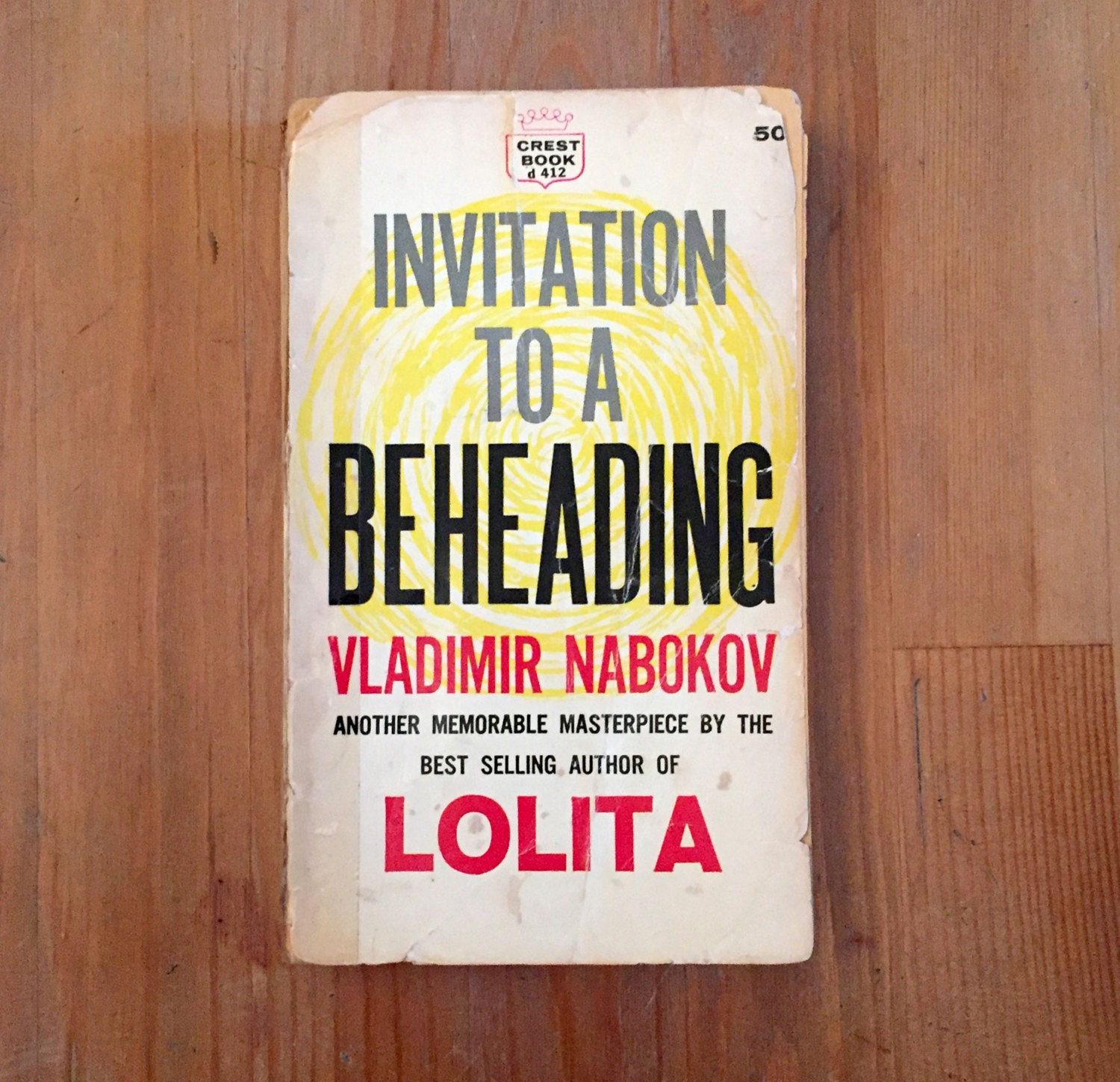 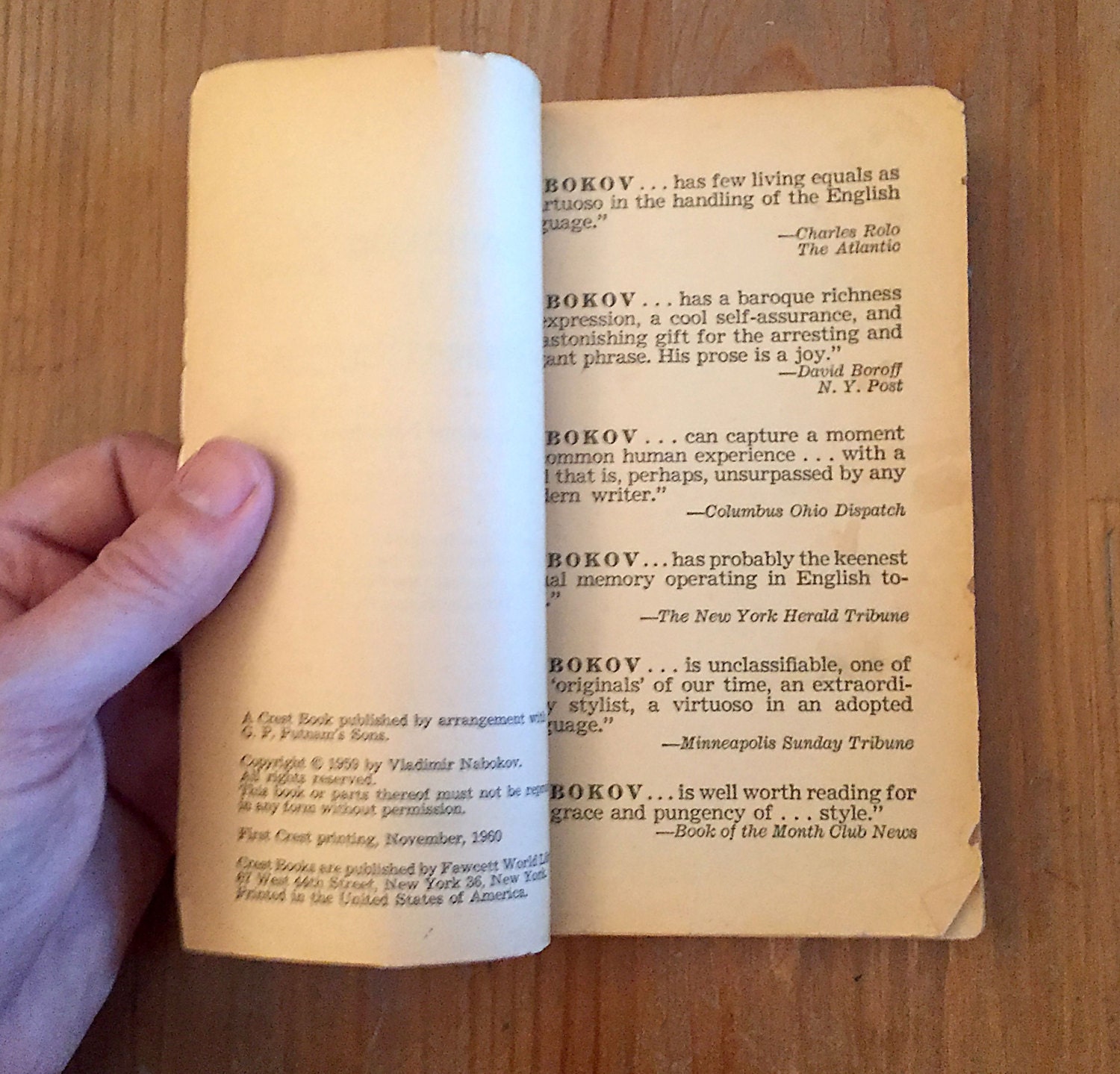 Invitation To A Beheading by Vladimir Nabokov, Vintage Paperback 1960

Rare older paperback copy of this Nabokov classic, translated from the original Russian.

ABOUT THE BOOK
Like Kafka’s The Castle, Invitation to a Beheading embodies a vision of a bizarre and irrational world. In an unnamed dream country, the young man Cincinnatus C. is condemned to death by beheading for “gnostical turpitude,” an imaginary crime that defies definition. Cincinnatus spends his last days in an absurd jail, where he is visited by chimerical jailers, an executioner who masquerades as a fellow prisoner, and by his in-laws, who lug their furniture with them into his cell. When Cincinnatus is led out to be executed, he simply wills his executioners out of existence; they disappear, along with the whole world they inhabit. One of the twentieth century’s master prose stylists, Vladimir Nabokov was born in St. Petersburg in 1899. He studied French and Russian literature at Trinity College, Cambridge, then lived in Berlin and Paris, where he launched a brilliant literary career. In 1940 he moved to the United States, and achieved renown as a novelist, poet, critic, and translator. He taught literature at Wellesley, Stanford, Cornell, and Harvard. In 1961 he moved to Montreux, Switzerland, where he died in 1977. “Nabokov writes prose the only way it should be written, that is, ecstatically.” ― John Updike

CONDITION
Well-read paperback from the late 60s – the book holds up but does have some wear. A well read copy, I would give it a B–