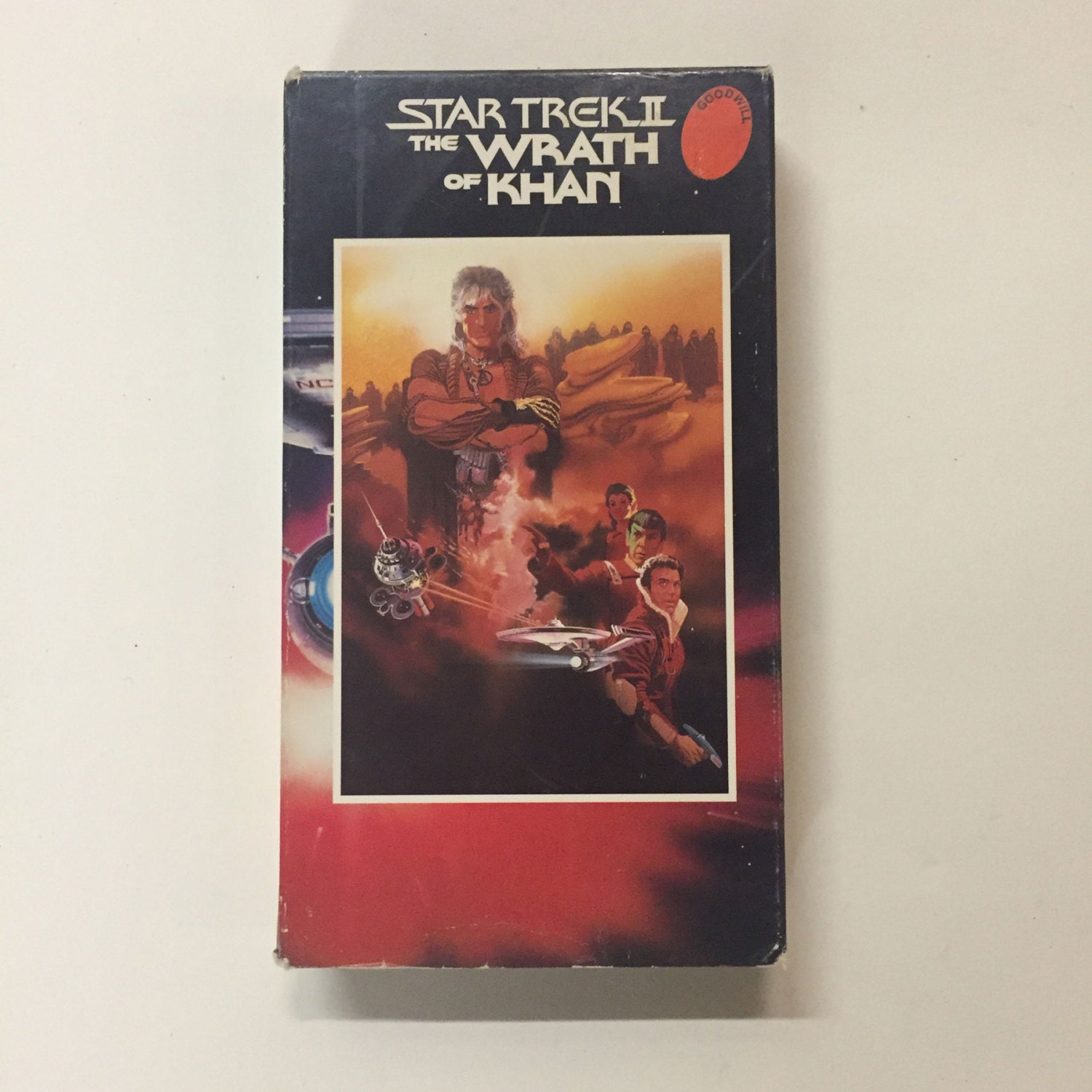 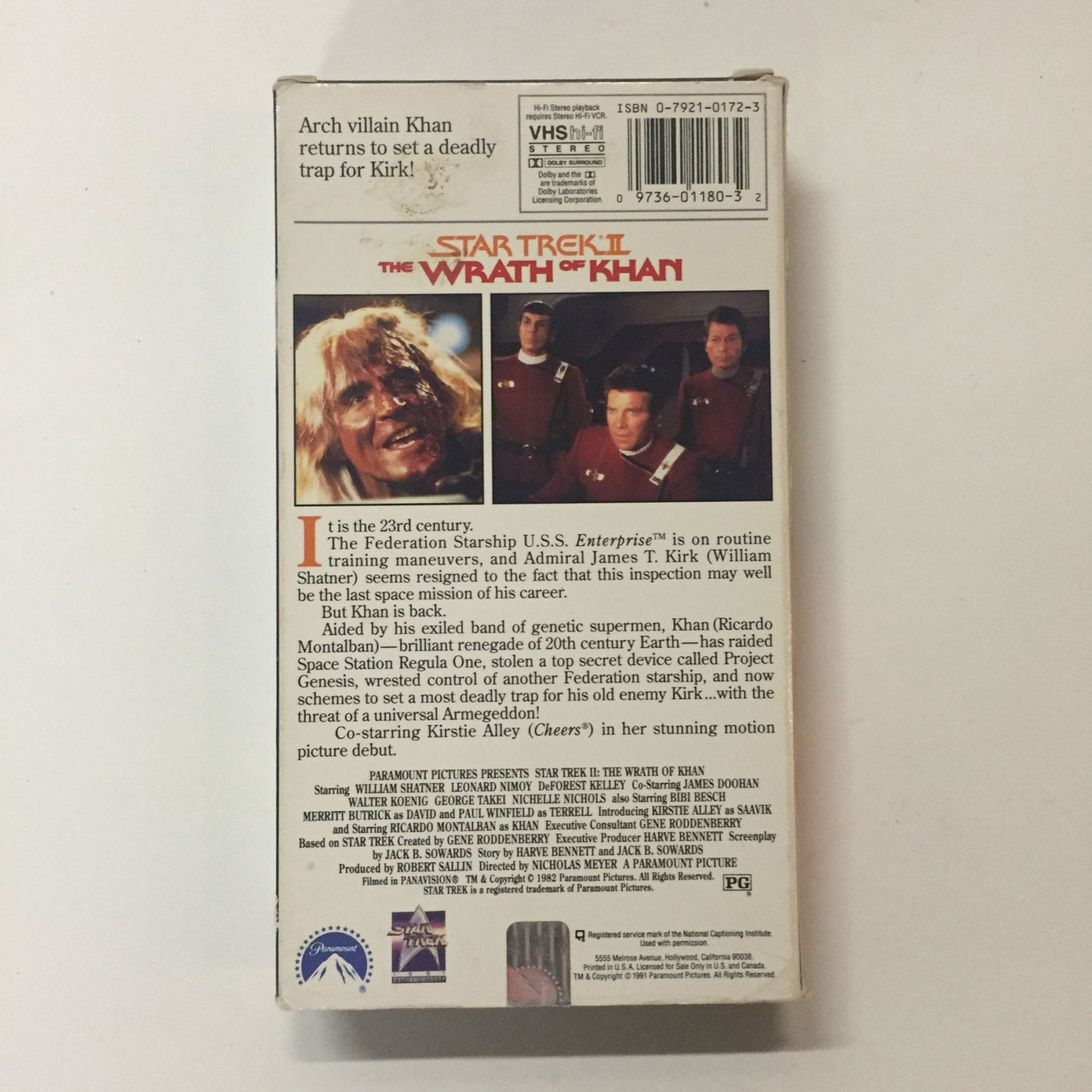 A nemesis from the past returns in the second film in the series. This copy has been in storage for about 5 years, and was working when last tested. In good used condition, with minor shelf wear from being stored.

PLOT SUMMARY
Although Star Trek: The Motion Picture had been a box-office hit, it was by no means a unanimous success with Star Trek fans, who responded much more favorably to the "classic Trek" scenario of Star Trek II: The Wrath of Khan. Inspired by the "Space Seed" episode of the original TV series, the film reunites newly promoted Admiral Kirk with his nemesis from the earlier episode--the genetically superior Khan (Ricardo Montalban)--who is now seeking revenge upon Kirk for having been imprisoned on a desolated planet. Their battle ensues over control of the Genesis device, a top-secret Starfleet project enabling entire planets to be transformed into life-supporting worlds, pioneered by the mother (Bibi Besch) of Kirk's estranged and now-adult son. While Mr. Spock mentors the young Vulcan Lt. Saavik (then-newcomer Kirstie Alley), Kirk must battle Khan to the bitter end, through a climactic starship chase and an unexpected crisis that will cost the life of Kirk's closest friend. This was the kind of character-based Trek that fans were waiting for, boosted by spectacular special effects, a great villain (thanks to Montalban's splendidly melodramatic performance), and a deft combination of humor, excitement, and wondrous imagination. Director Nicholas Meyer (who would play a substantial role in the success of future Trek features) handles the film as a combination of Moby Dick, Shakespearean tragedy, World War II submarine thriller, and dazzling science fiction, setting the successful tone for the Trek films that followed. --Jeff Shannon