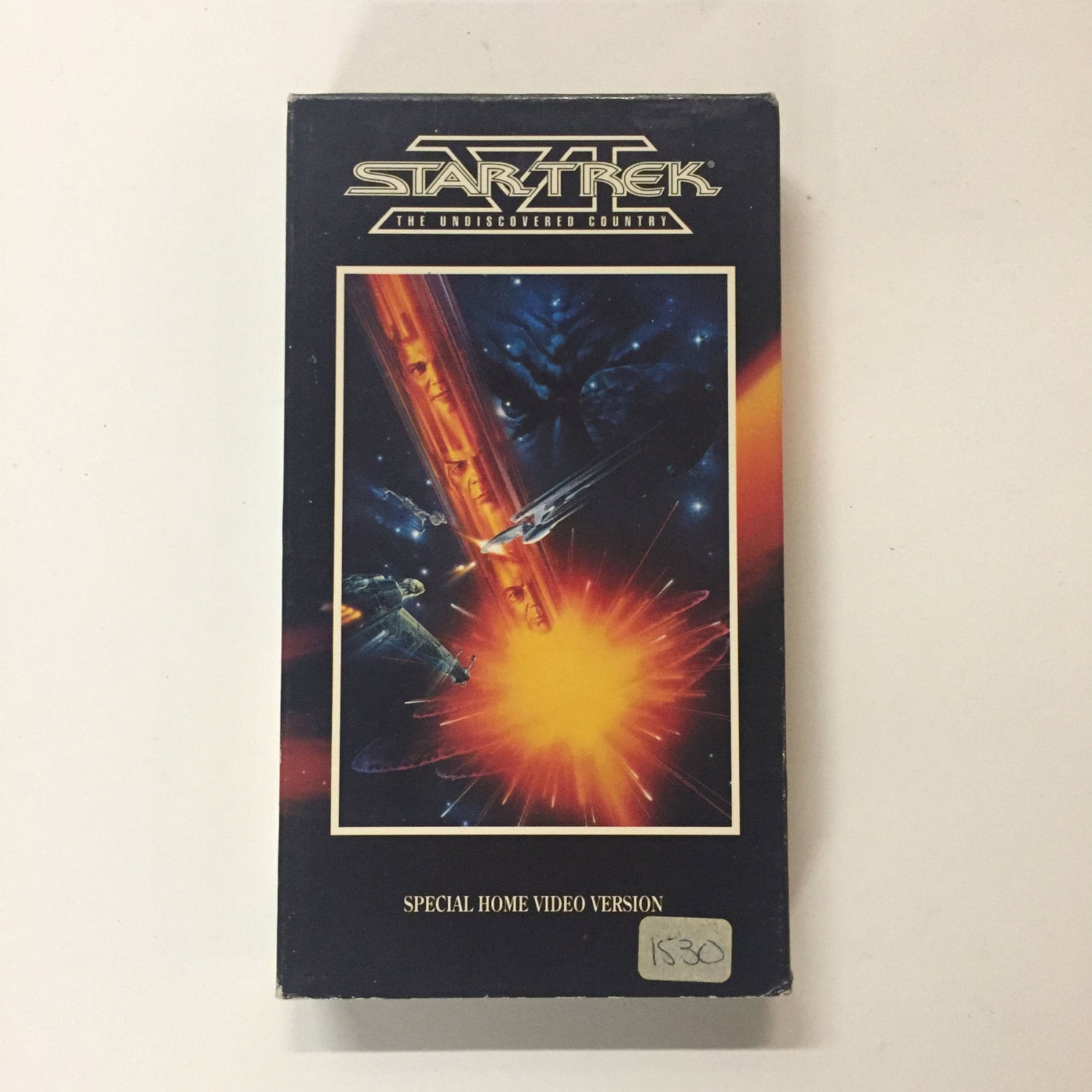 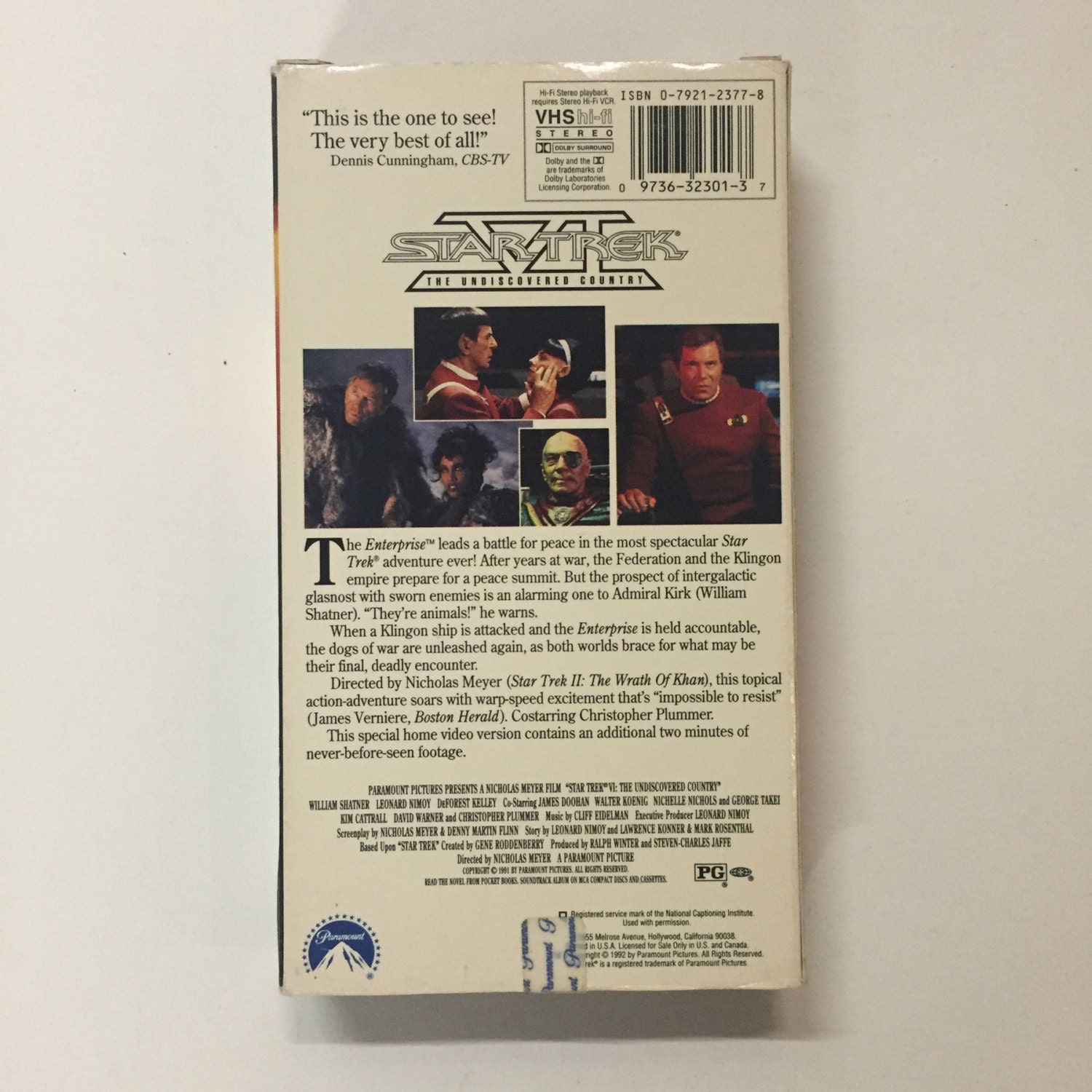 The last film in the series to feature the original cast. This copy has been in storage for about 5 years, and was working when last tested. In good used condition, with minor shelf wear from being stored.

PLOT SUMMARY
Star Trek V left us nowhere to go but up, and with the return of Star Trek II director Nicholas Meyer, Star Trek VI restored the movie series to its classic blend of space opera, intelligent plotting, and engaging interaction of stalwart heroes and menacing villains. Borrowing its subtitle (and several lines of dialogue) from Shakespeare, the movie finds Admiral Kirk (William Shatner) and his fellow Enterprise crew members on a diplomatic mission to negotiate peace with the revered Klingon Chancellor Gorkon (David Warner). When the high-ranking Klingon and several officers are ruthlessly murdered, blame is placed on Kirk, whose subsequent investigation uncovers an assassination plot masterminded by the nefarious Klingon General Chang (Christopher Plummer) in an effort to disrupt a historic peace summit. As this political plot unfolds, Star Trek VI takes on a sharp-edged tone, with Kirk and Spock confronting their opposing views of diplomacy, and testing their bonds of loyalty when a Vulcan officer is revealed to be a traitor. With a dramatic depth befitting what was to be the final movie mission of the original Star Trek crew, this film took the veteran cast out in respectably high style. With the torch being passed to the crew of Star Trek: The Next Generation, only Kirk, Scotty, and Chekov would return, however briefly, in Star Trek: Generations. --Jeff Shannon