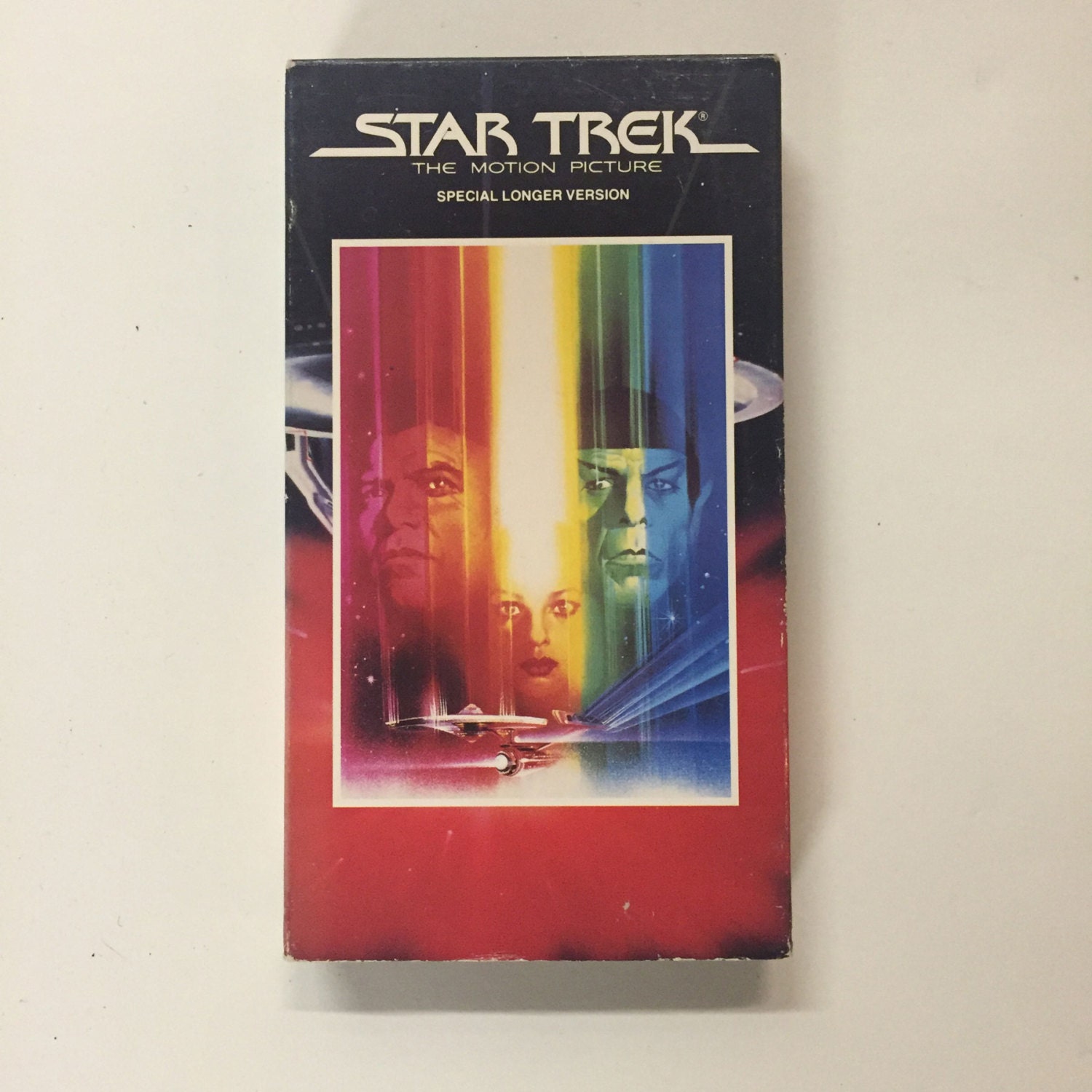 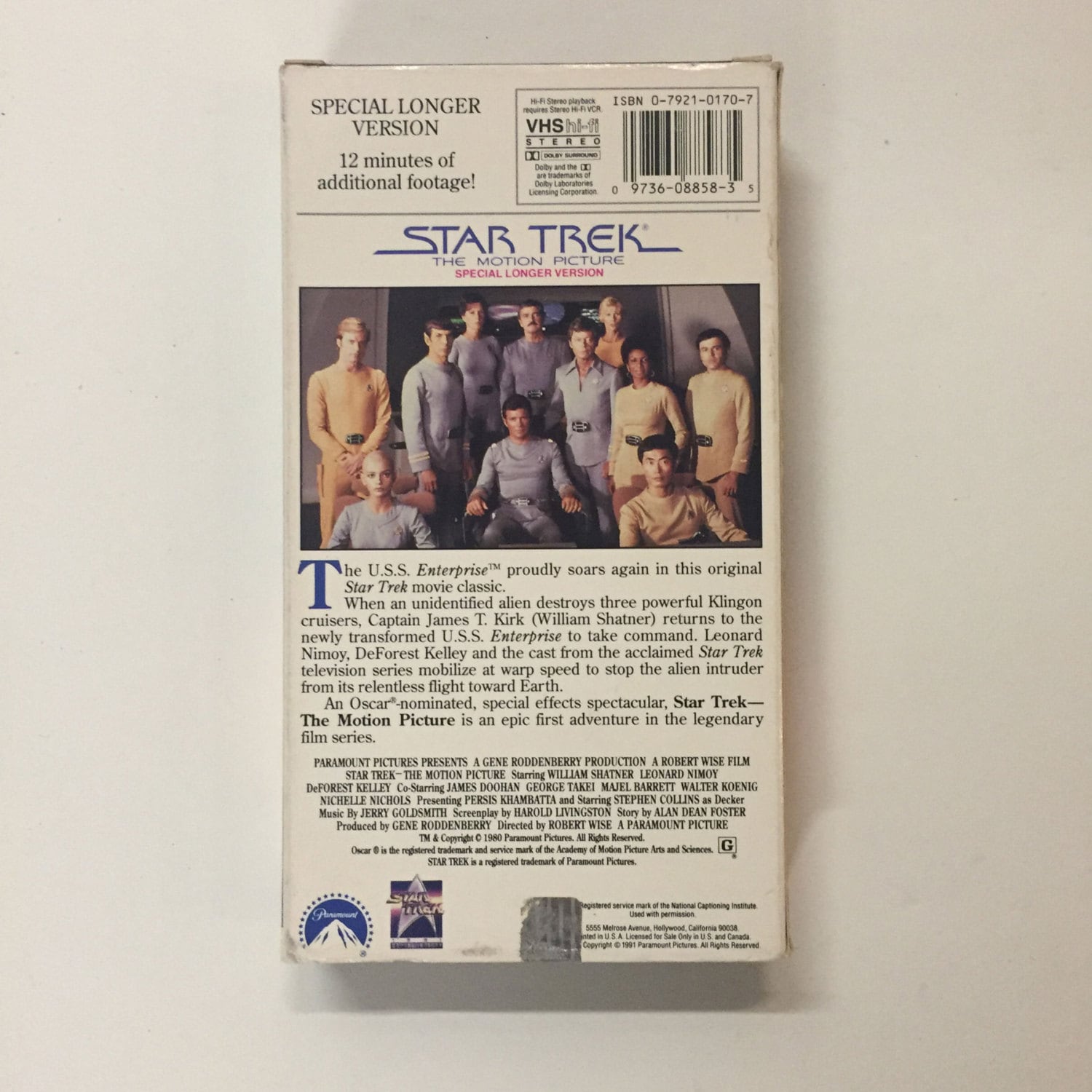 The film that brought back Star Trek! This copy has been in storage for about 5 years, and was working when last tested. In good used condition, with minor shelf wear from being stored.

PLOT SUMMARY
Back when the first Star Trek feature was released in December 1979, the Trek franchise was still relatively modest, consisting of the original TV series, an animated cartoon series from 1973-74, and a burgeoning fan network around the world. Series creator Gene Roddenberry had conceived a second TV series, but after the success of Star Wars the project was upgraded into this lavish feature film, which reunited the original series cast aboard a beautifully redesigned starship U.S.S. Enterprise. Under the direction of Robert Wise (best known for West Side Story), the film proved to be a mixed blessing for Trek fans, who heatedly debated its merits; but it was, of course, a phenomenal hit. Capt. Kirk (William Shatner) leads his crew into the vast structures surrounding V'Ger, an all-powerful being that is cutting a destructive course through Starfleet space. With his new First Officer (Stephen Collins), the bald and beautiful Lieutenant Ilia (played by the late Persis Khambatta) and his returning veteran crew, Kirk must decipher the secret of V'Ger's true purpose and restore the safety of the galaxy. The story is rather overblown and derivative of plots from the original series, and avid Trekkies greeted the film's bland costumes with derisive laughter. But as a feast for the eyes, this is an adventure worthy of big-screen trekkin'. Douglas Trumbull's visual effects are astonishing, and Jerry Goldmith's score is regarded as one of the prolific composer's very best (with its main theme later used for Star Trek: The Next Generation). And, fortunately for Star Trek fans, the expanded 143-minute version (originally shown for the film's network TV premiere) is generally considered an improvement over the original theatrical release. --Jeff Shannon