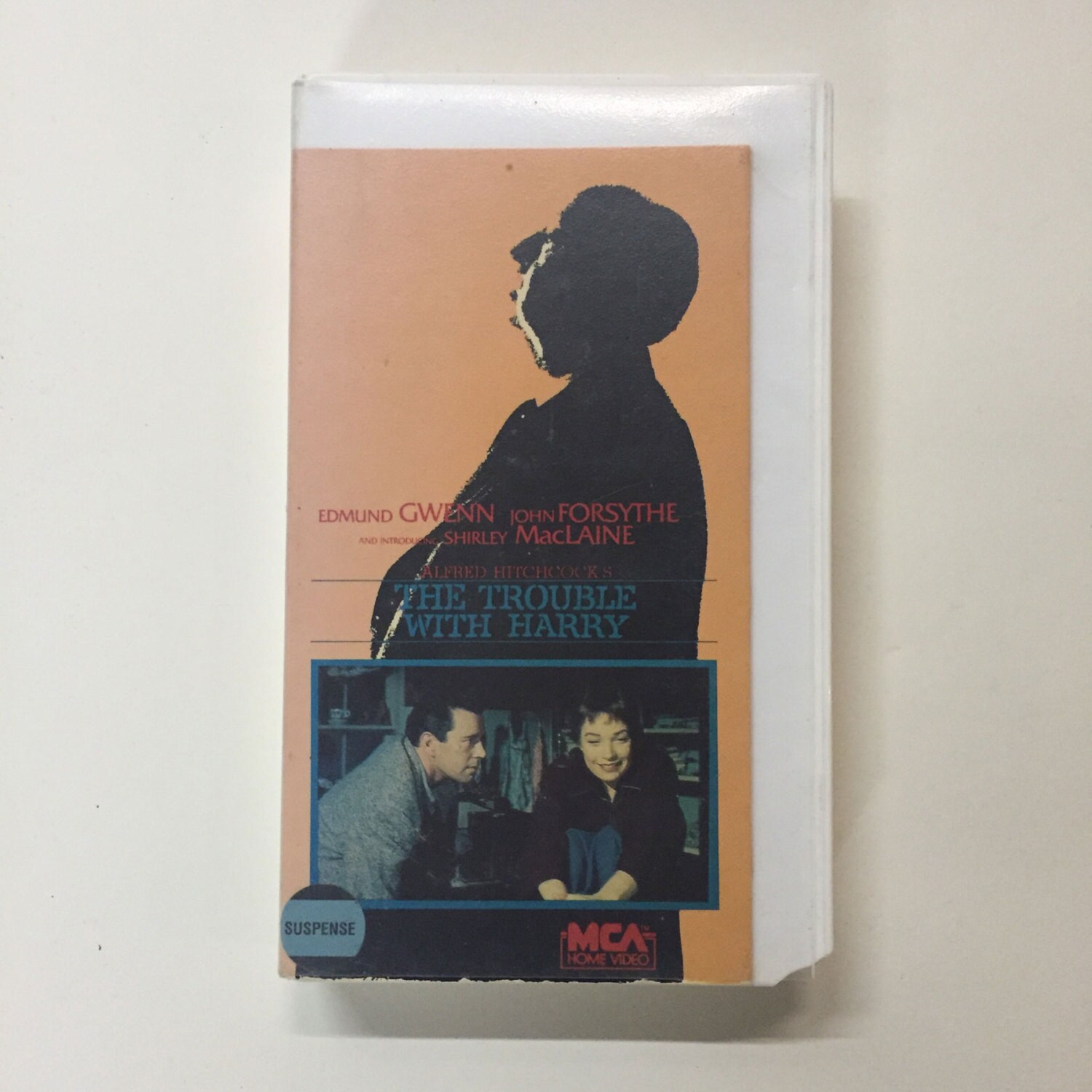 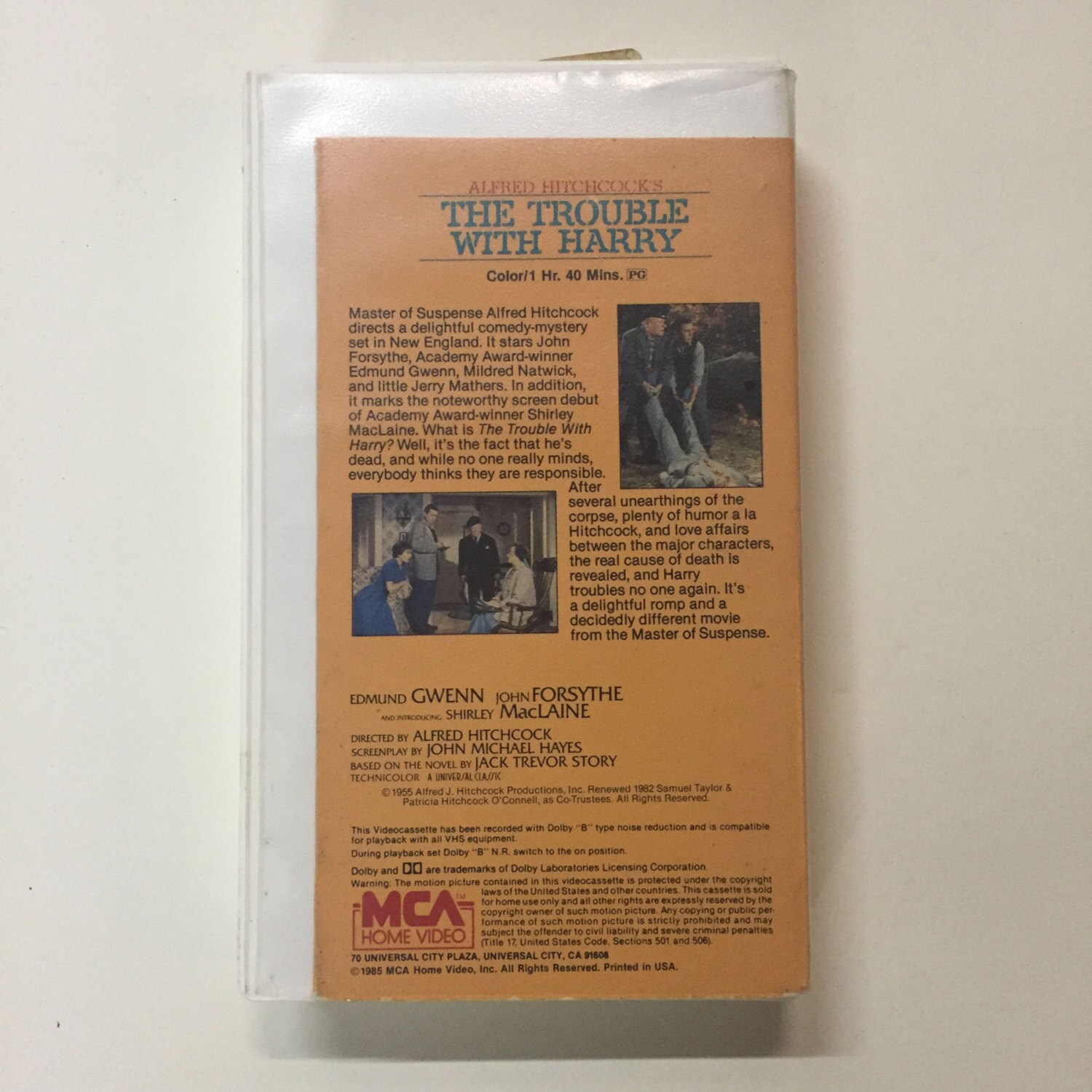 Original 1985 VHS release of this great film. This copy has been in storage for about 5 years, and was working when last tested. Appears to have been a video store copy, with that classic plastic click-case.

PLOT SUMMARY
This black comedy from Alfred Hitchcock was based on Jack Turner's novel. When a retired sea captain, out doing a little rabbit hunting, discovers Harry's lifeless body in the hilltops of small-town Vermont, he erroneously believes that he is responsible for Harry's untimely demise. So he decides to bury the corpse to cover his tracks. But Harry just won't stay in the ground. Soon the dead man--through no fault of his own--has set off a series of comic misunderstandings, as the town spinster and Harry's wife also blame themselves for his death. THE TROUBLE WITH HARRY was not a runaway hit when it was released, but it holds up very well, demonstrating the director's sharp and morbid humor. It is one of the few comic turns Hitchcock made, and it compares favorably with his other lighter works, MR. AND MRS. SMITH and RICH AND STRANGE, shedding the romantic comedy for grimmer subject matter and satirical wit, which probably suited him more. This was Shirley MacLaine's first film; she gives an enjoyable performance as Harry's ex-wife. The film also features Jerry Mathers of LEAVE IT TO BEAVER fame. An uncredited star of the film is the Vermont location, seen in all its full autumn splendor.