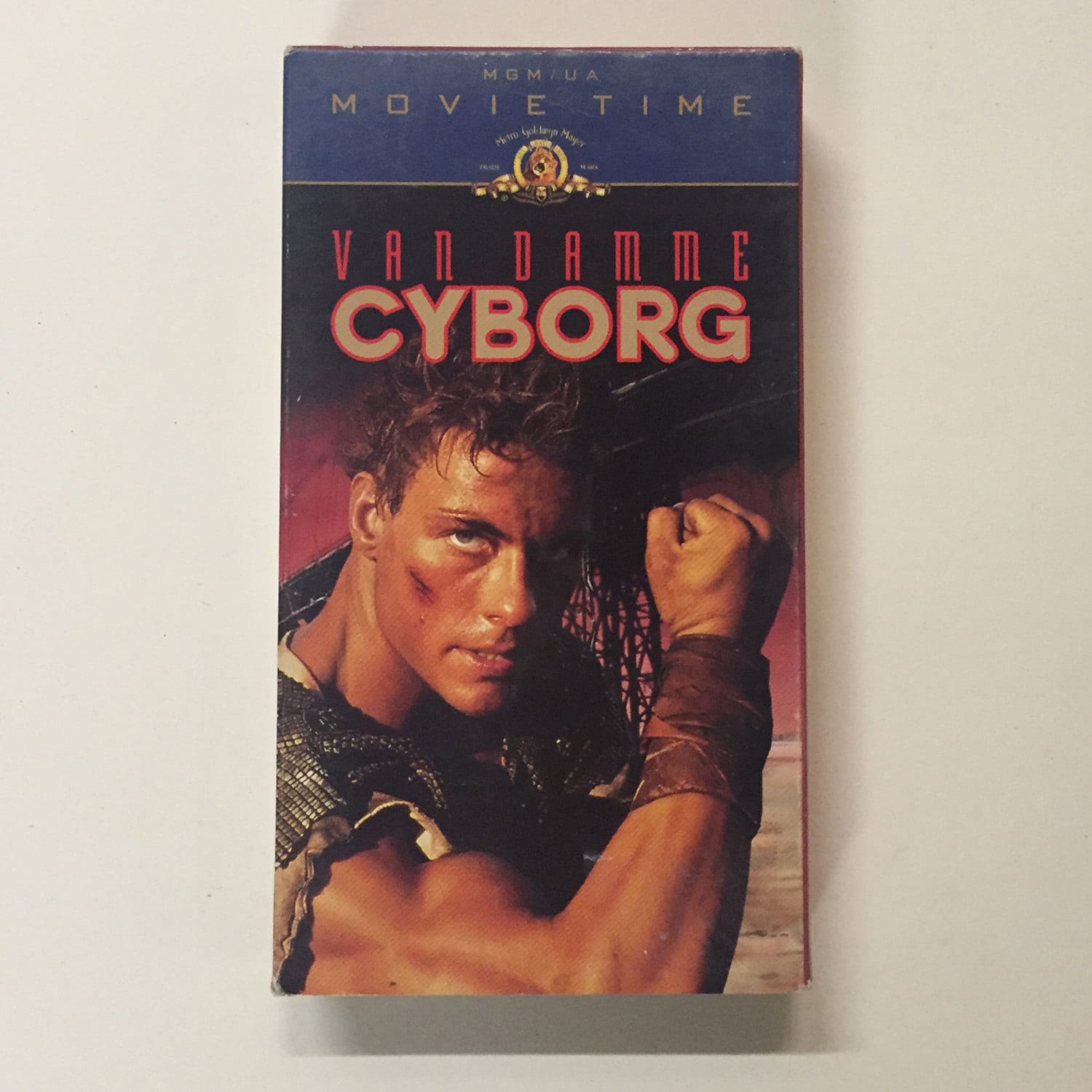 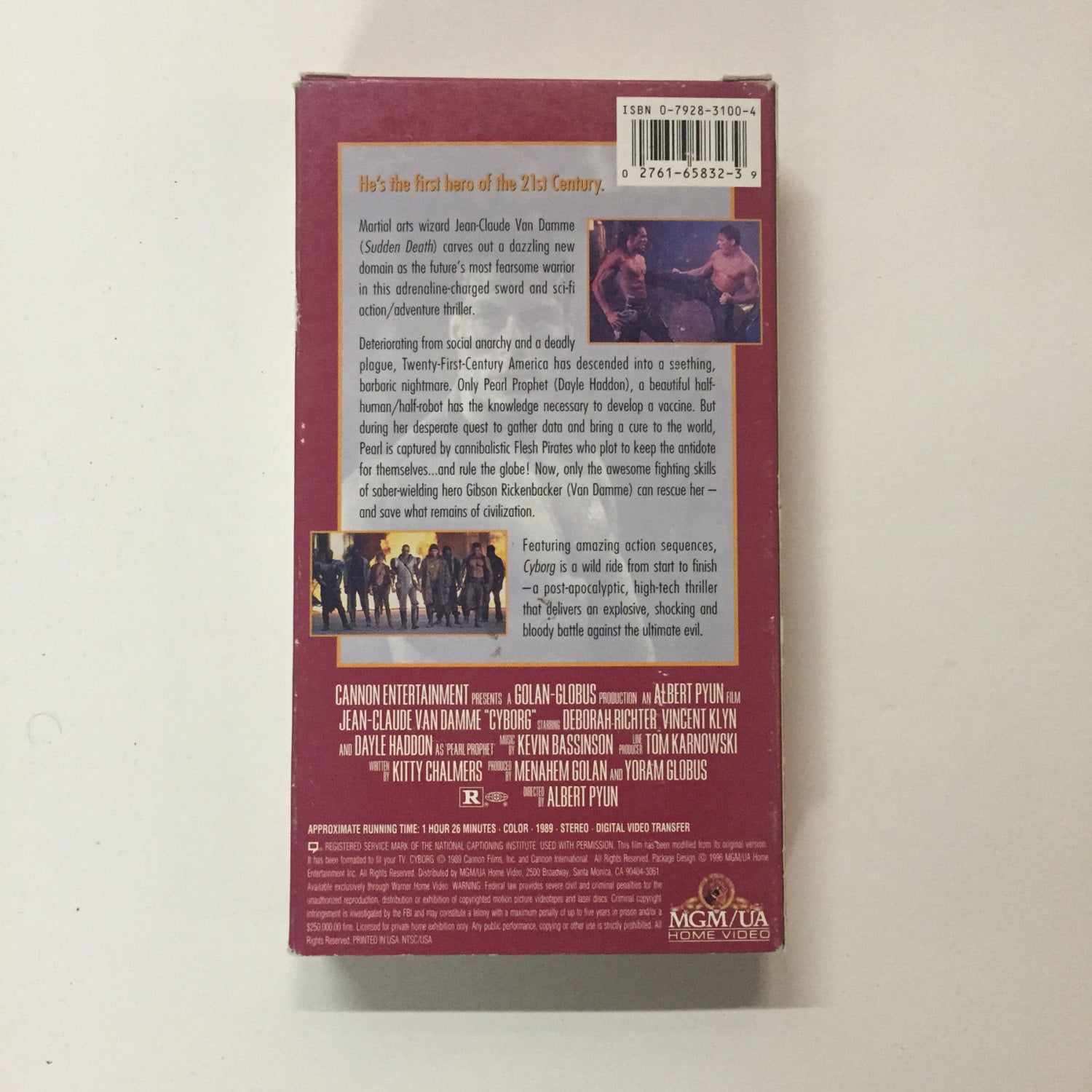 Oh man … Cyborg. What a fun / dumb flick. This copy has been in storage for about 5 years, and was working when last tested. Case is in good condition for age, with some minor shelf wear from being stored.

PLOT SUMMARY
Jean-Claude Van Damme, a.k.a. "the Muscles from Brussels," had only a few movies to his credit when he played the hero in this lame postapocalyptic action flick from 1989. It's really just another martial-arts movie, dressed down with near-future trash and dirty sets that have "low budget" written all over them. Van Damme plays the protective escort for a half-human, half-cyborg woman whose programming contains a possible cure for a plague that's threatening to wipe out the entire population of Earth. But the woman is kidnapped by Van Damme's evil nemesis (is there any other kind?) while they are en route to her Atlanta headquarters. That leads Van Damme right into a lion's den of sadomasochistic torture and torment. If you've made it this far (and if you have, why?), you're probably a founding member of the Jean-Claude Van Damme fan club. To everyone else: Don't say you weren't warned--this is the kind of movie in which naming characters after electric guitars (Van Damme's character is named "Gibson Rickenbacker") qualifies as clever screenwriting. --Jeff Shannon