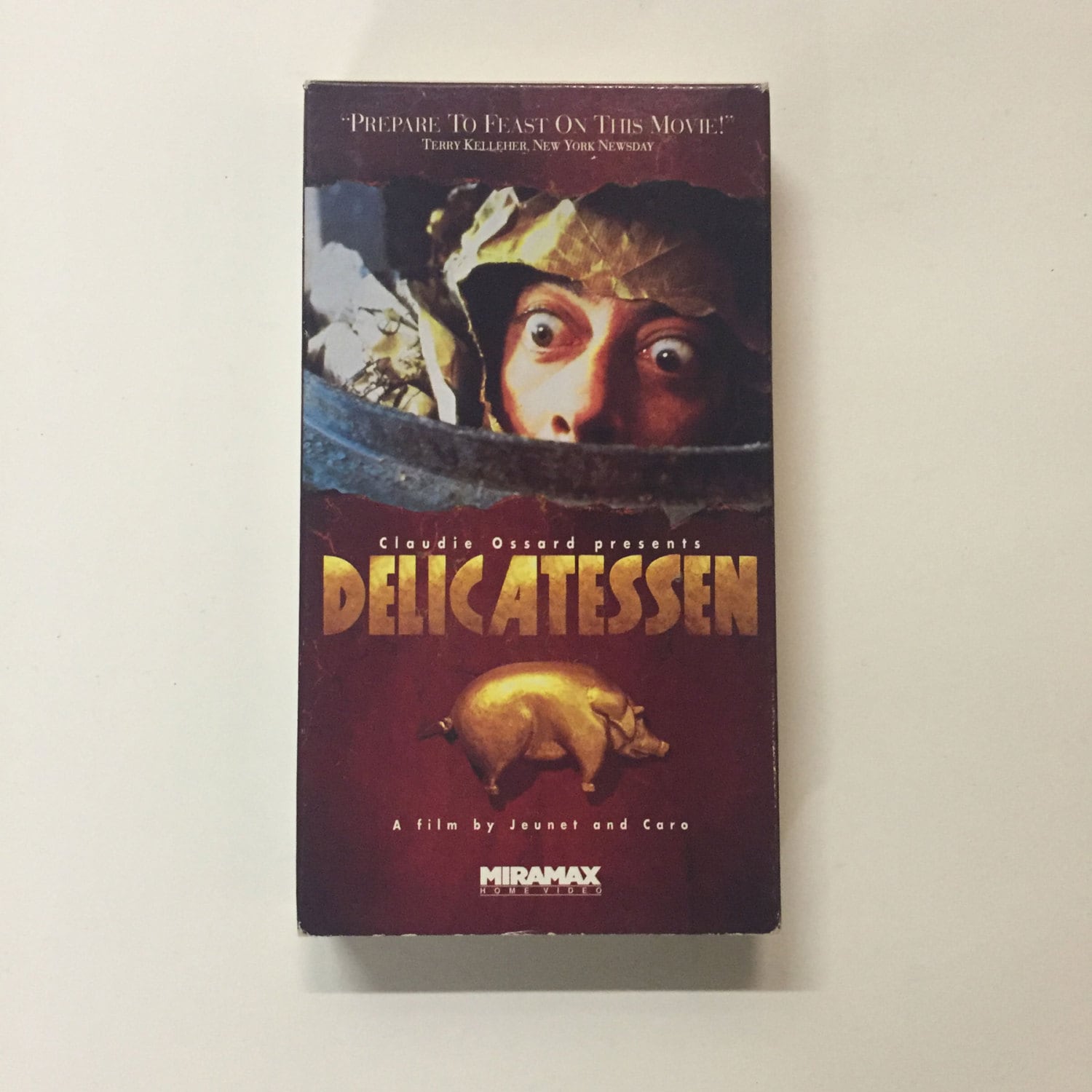 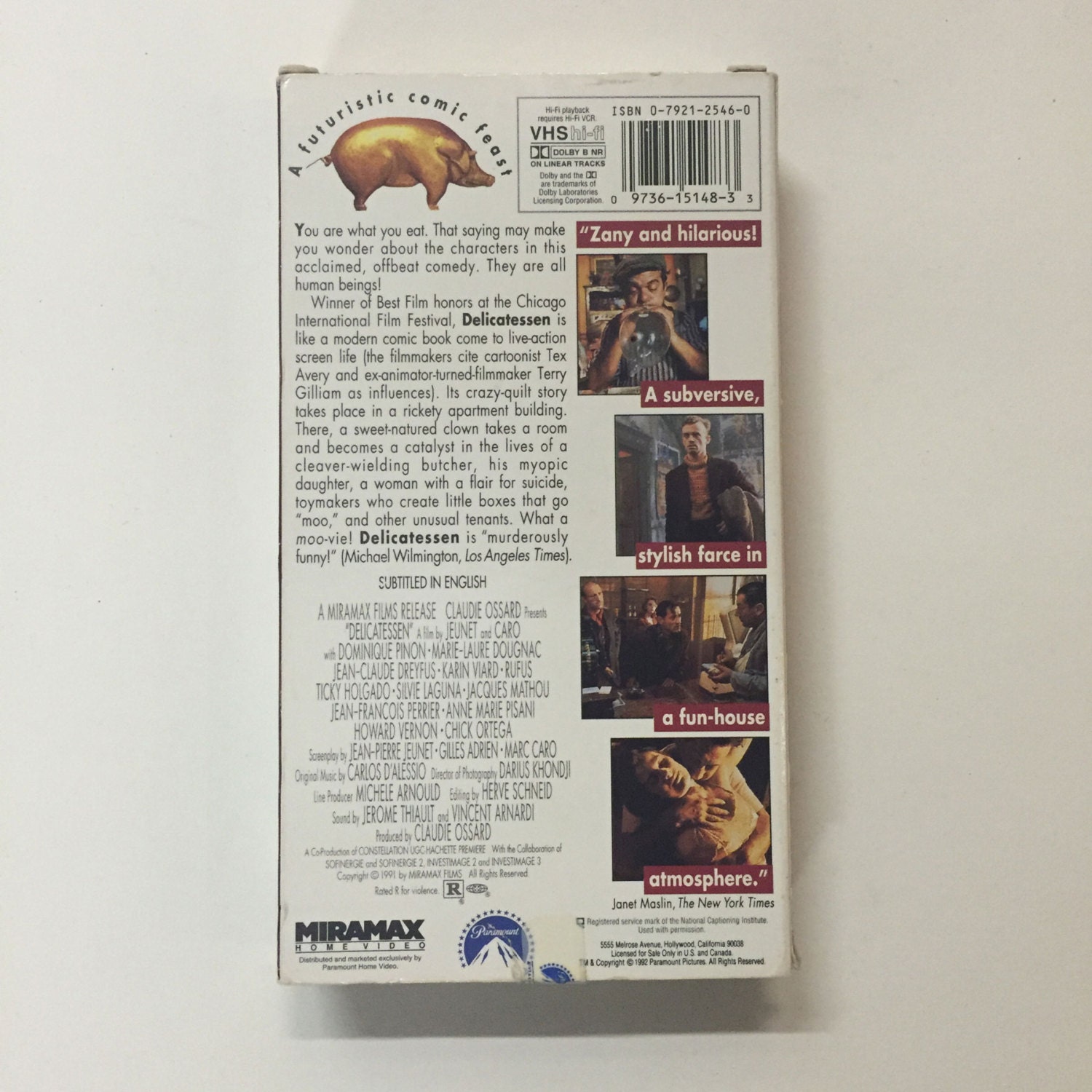 Early version of this great French film. This copy has been in storage for about 5 years, and was working when last tested. Case is in good condition for age, with some minor shelf wear from being stored.

PLOT SUMMARY
The title credit for Delicatessen reads "Presented by Terry Gilliam," and it's easy to understand why the director of Brazil was so supportive of this outrageously black French comedy from 1991. Like Gilliam, French codirectors Jean-Pierre Jeunet and Marc Caro have wildly inventive imaginations that gravitate to the darker absurdities of human behavior, and their visual extravagance is matched by impressive technical skill. Here, making their feature debut, Jeunet and Caro present a postapocalyptic scenario set entirely in a dank and gloomy building where the landlord operates a delicatessen on the ground floor. But this is an altogether meatless world, so the butcher-landlord keeps his customers happy by chopping unsuspecting victims into cutlets, and he's sharpening his knife for a new tenant (French comic actor Dominque Pinon) who's got the hots for the butcher's nearsighted daughter! Delicatessen is a feast (if you will) of hilarious vignettes, slapstick gags, and sweetly eccentric characters, including a man in a swampy room full of frogs, a woman doggedly determined to commit suicide (she never gets its right), and a pair of brothers who make toy sound boxes that "moo" like cows. It doesn't amount to much as a story, but that hardly matters; this is the kind of comedy that springs from a unique wellspring of imagination and inspiration, and it's handled with such visual virtuosity that you can't help but be mesmerized. There's some priceless comedy happening here, some of which is so inventive that you may feel the urge to stand up and cheer.