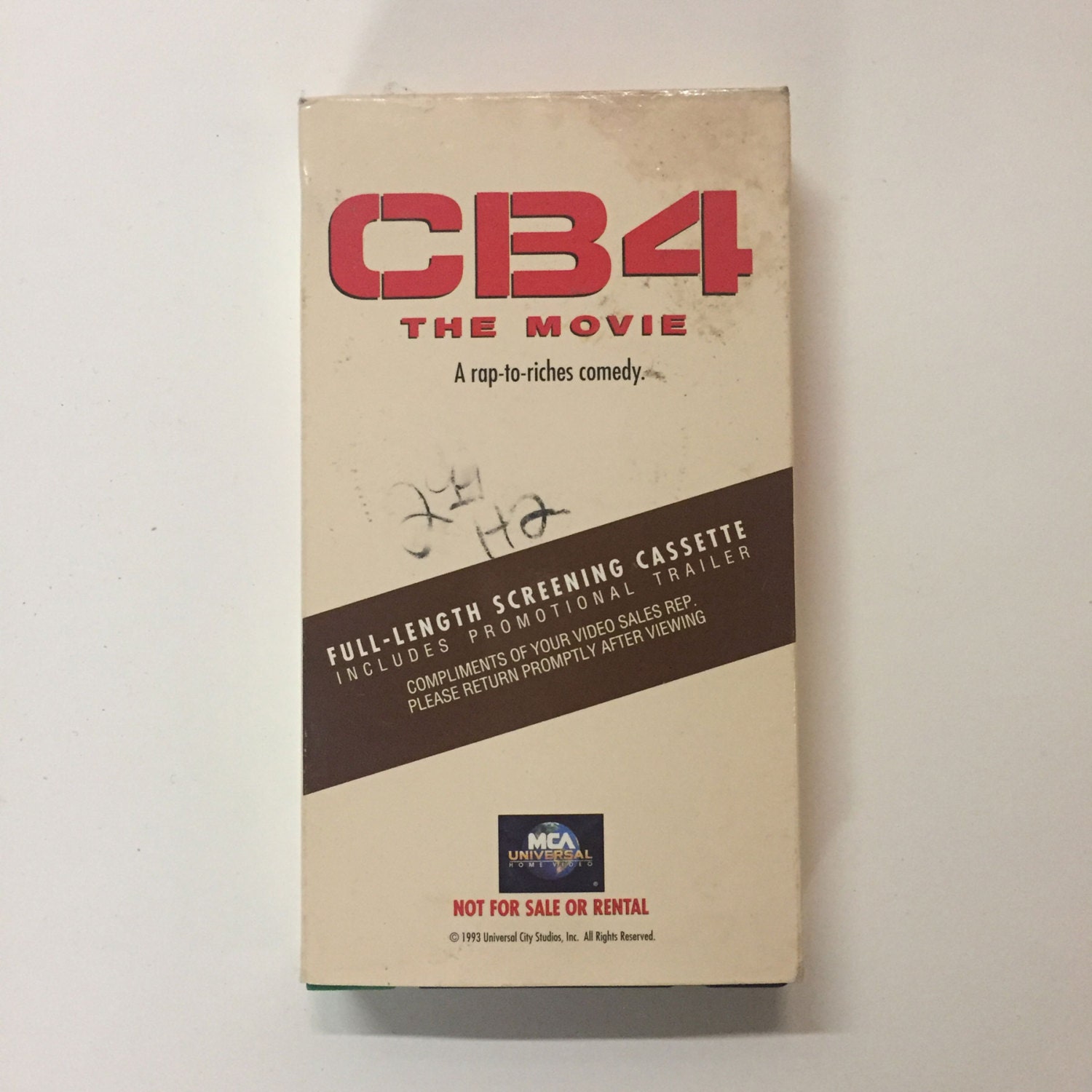 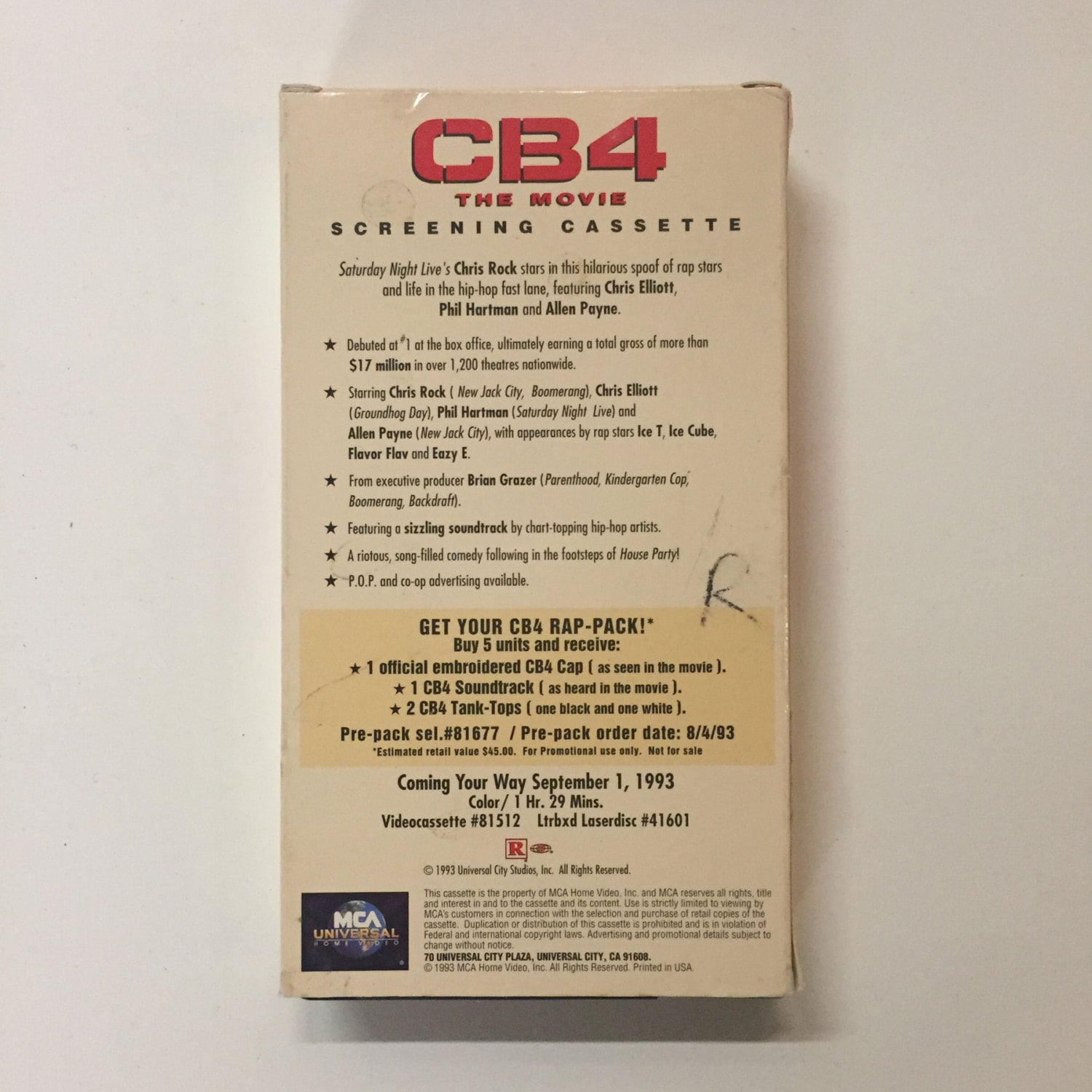 A rare screener copy of this classic hip hop comedy, which was released before the movie even went to theaters! This copy has been in storage for about 5 years, and was working when last tested. Case is in ok condition for age, with some shelf wear from being stored.

PLOT SUMMARY
Chris Rock stars in this rap version of THIS IS SPINAL TAP as Albert, a suburban wannabe rap star who, along with two friends, has tried everything to break into the music business. However, when Albert is mistakes for an undercover cop by a nasty thug named Murphy, he adopts the newly incarcerated Murphy's persona and christens his rap group CB4, after Murphy's cell block address. Vowing to glorify violence and disparage women, CB4 are quickly signed to a lucrative record contract. Soon, the band is selling out concerts, and attracts a nerdy documentary filmmaker (Elliott) to chronicle their rise to the top of the charts among the protests of outraged parents and politicians. Fitfully funny and possessing a fine cast of SNL alums as well as cameos from real life rappers like Flavor Flav, Ice Cube, and Ice-T, CB4 is an excellent spoof of the rap music industry.