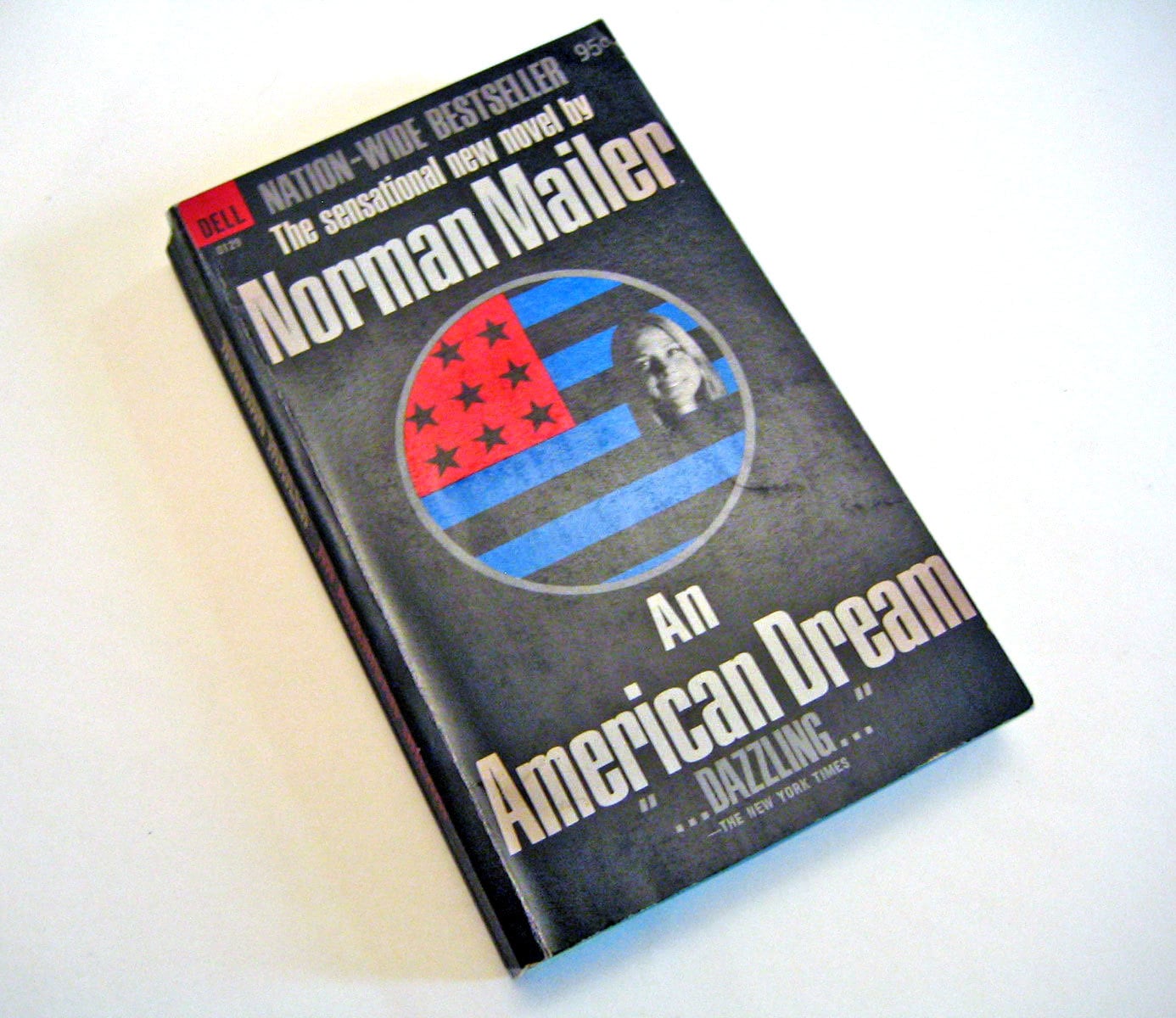 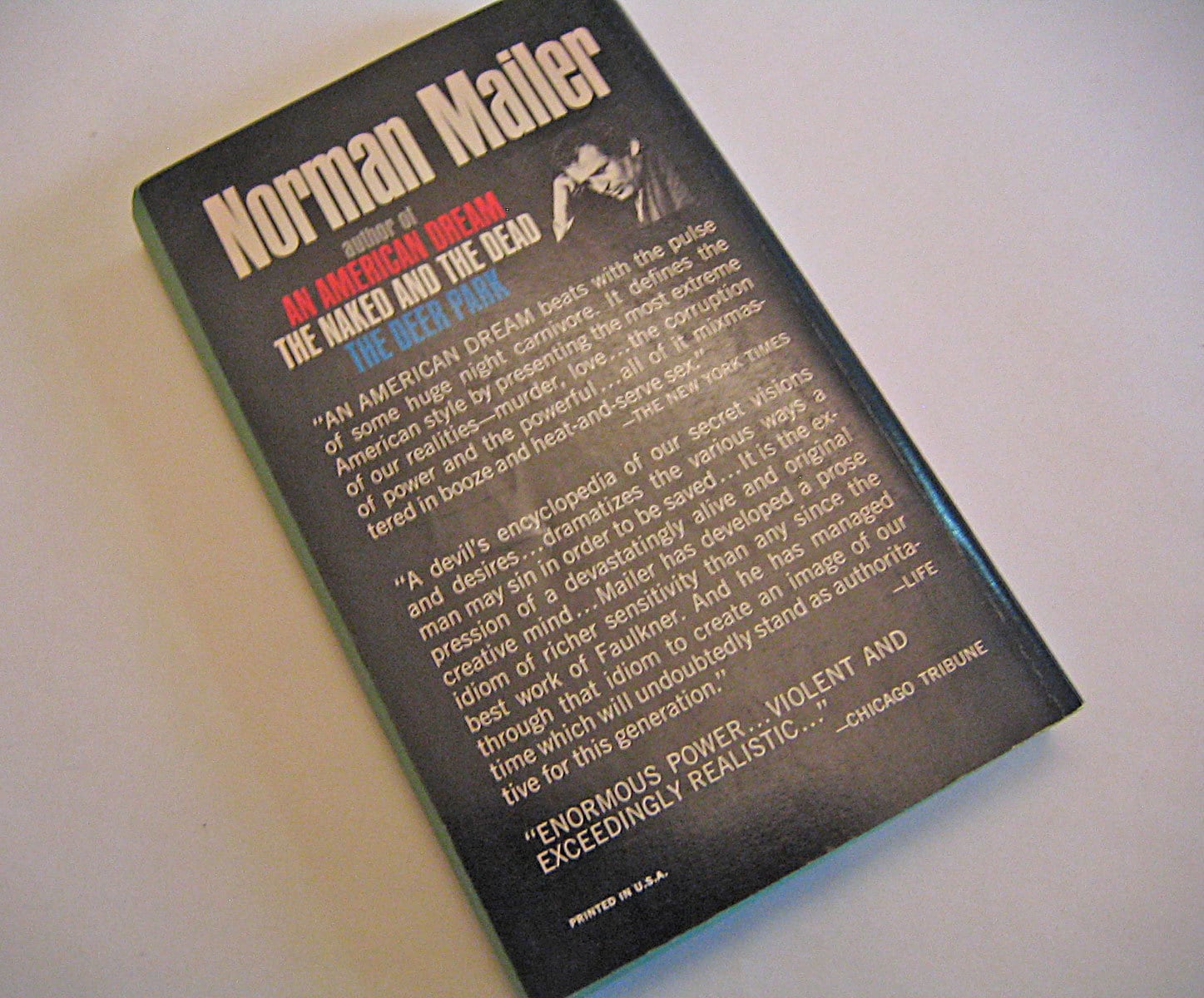 An American Dream: A Novel by Norman Mailer, Paperback – 1964

In this wild battering ram of a novel, which was originally published to vast controversy in 1965, Norman Mailer creates a character who might be a fictional precursor of the philosopher-killer he would later profile in The Executioner’s Song. As Stephen Rojack, a decorated war hero and former congressman who murders his wife in a fashionable New York City high-rise, runs amok through the city in which he was once a privileged citizen, Mailer peels away the layers of our social norms to reveal a world of pure appetite and relentless cruelty. One part Nietzsche, one part de Sade, and one part Charlie Parker, An American Dream grabs the reader by the throat and refuses to let go.

Praise for An American Dream

“A devil’s encyclopedia of our secret visions and desires . . . the expression of a devastatingly alive and original creative mind.”—Life

“A work of fierce concentration . . . perfectly, and often brilliantly, realistic [with] a pattern of remarkable imaginative coherence and intensity.”—Harper’s

“At once violent, educated, and cool . . . This is our history as Hawthorne might have written it.”—Commentary

“[Norman Mailer] loomed over American letters longer and larger than any other writer of his generation.”—The New York Times

“A writer of the greatest and most reckless talent.”—The New Yorker

“Mailer is fierce, courageous, and reckless and nearly everything he writes has sections of headlong brilliance.”—The New York Review of Books

“The largest mind and imagination [in modern] American literature . . . Unlike just about every American writer since Henry James, Mailer has managed to grow and become richer in wisdom with each new book.”—Chicago Tribune

“Mailer is a master of his craft. His language carries you through the story like a leaf on a stream.”—The Cincinnati Post

Used copy with minor tearing to the cover and minor wear.