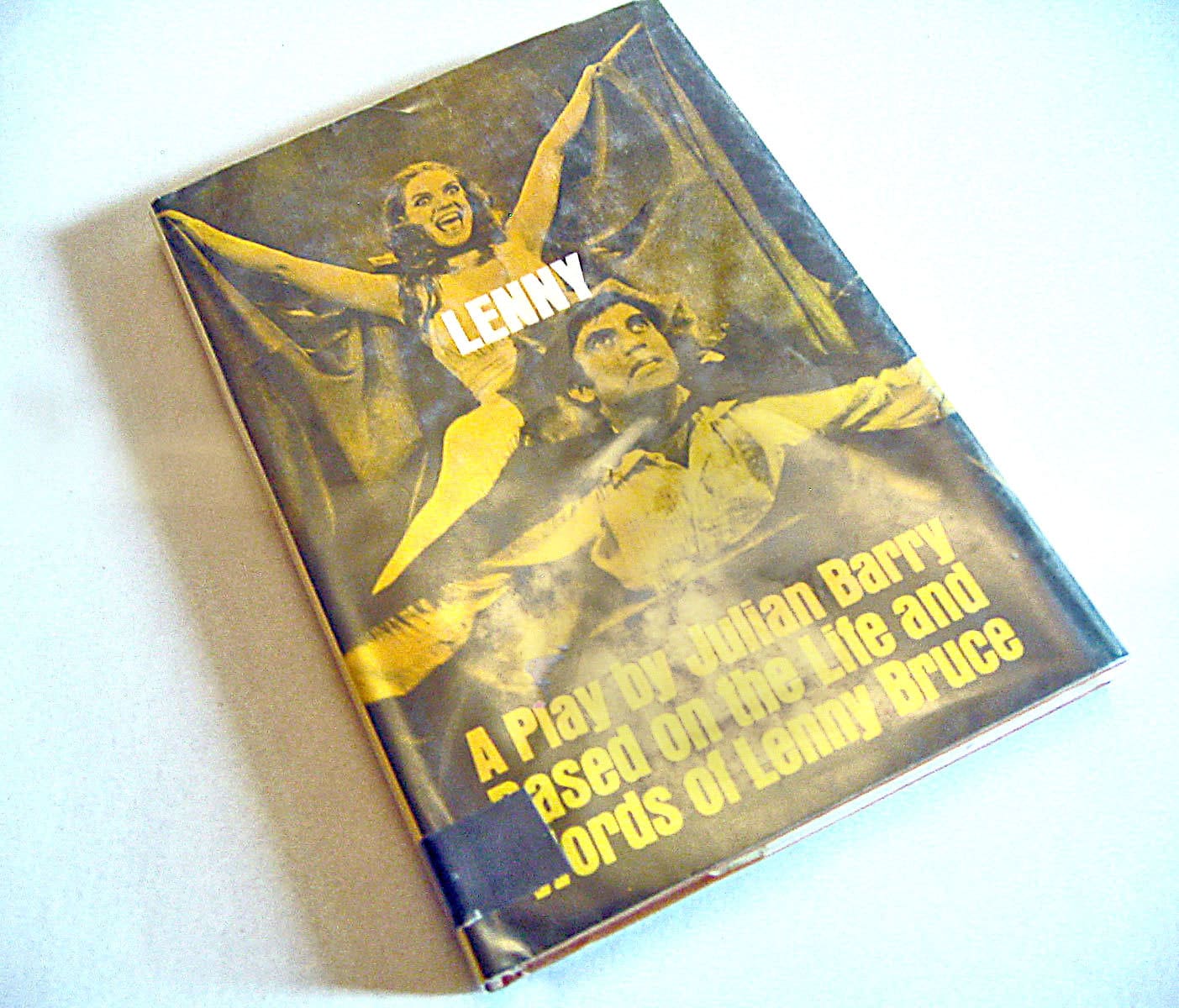 This book represents this play as it was originally performed by the original cast, including, but not limited to: script revisions made by the director, the producer, and actors' notes. This is the script of the opening night play.

In good condition, some wear and markings from being a former library book.

Lenny Bruce was a pioneer. This was known during his lifetime by many, though he was reviled and destroyed by many more. Today his legacy is even greater, and his place in the pantheon of social commentators, comedians and performers is distinct and great.

This play is a revelatory piece, which intersposes the fantastical with the real, as scenes mesh from clubs and bars to scenes acted out between characters Lenny creates and talks about in his act. To see it would be incredible, as it has many parts, and is full of humor, horror and wit.

While fictionalized, it also uses Bruce's words, and traces his rise from the club scenes of the east coast, absurd tribes, his meeting and marriage with his wife, California, Jesus and Moses' return to Earth, trials and death.

It is also a reverent play, one which knows it subject well, and gives him to us, to recall and learn from.